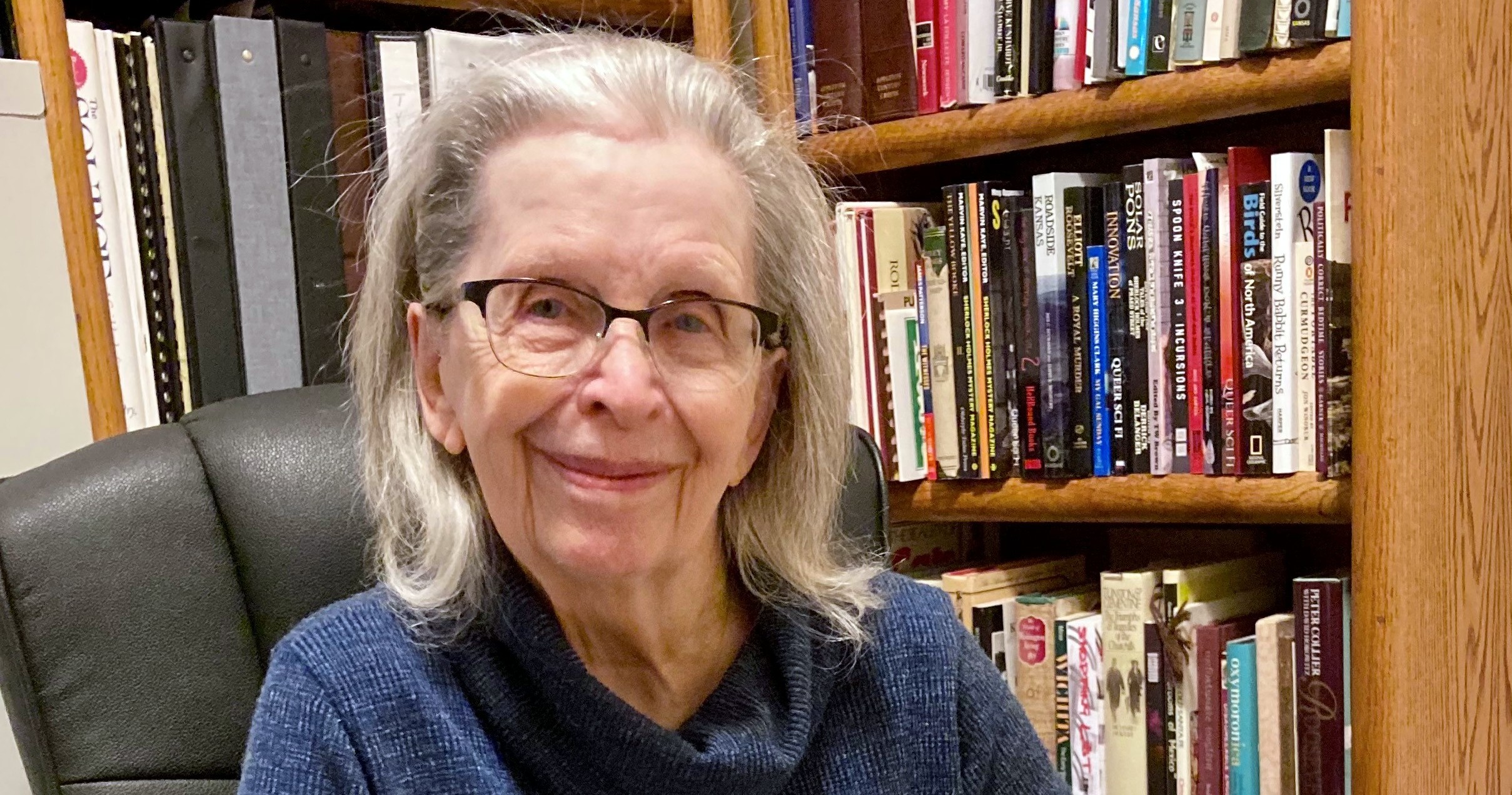 Between working in the Wichita school system and volunteering for the Wichita Public Library, Barbara Baker spent nearly 50 years sharing her love of reading and research.

Barbara and her husband, Bill, moved into an independent living apartment at the Westerly in January 2019. They had been married 66 years when Bill passed away about a year ago. The Bakers met on a blind date when they were both students at Northwest Missouri State University.

Once their son was in school full time, Barbara began working as a substitute for the Wichita public school system. In 1970, she became a librarian at Wichita South High School. The Wichita public schools desegregated in the 1970s. It was a chaotic time, and sometimes student fights were so bad that police were called and they had to lock the doors of the library.

Barbara said things calmed down once a group of mothers began monitoring the hallways. She also credits school leadership for successfully navigating through a challenging time in history.

“I think it worked out pretty well,” she said, “but thank goodness it’s over.”

From her position in the library, Barbara got to know all the students at South. She particularly enjoyed helping juniors find materials for their research papers.

“It kept us busy,” she said. “We didn’t just have to put books away; we got to work closely with the students.”

In 1978, Barbara was asked to help set up the library at Northwest High School, which was just opening. By the end of her career in the mid 90s, the library had incorporated computers, which meant learning new technology.

After retirement, Barbara used that experience in the genealogy department at the Wichita Public Library, where she volunteered for 25 years. She has been able to trace her own ancestry back to English citizens who moved to the Massachusetts Bay Colony in 1632, then moved north, then westward.

For a lifelong reader, working in libraries was a good match.

“I always read probably more than I should have,” Barbara laughed. “I read when I should have been doing other things because I enjoyed it so much.”

She passed that love down to her son, to whom she read beginning when he was very small. Now he is a published author of more than 30 short stories.