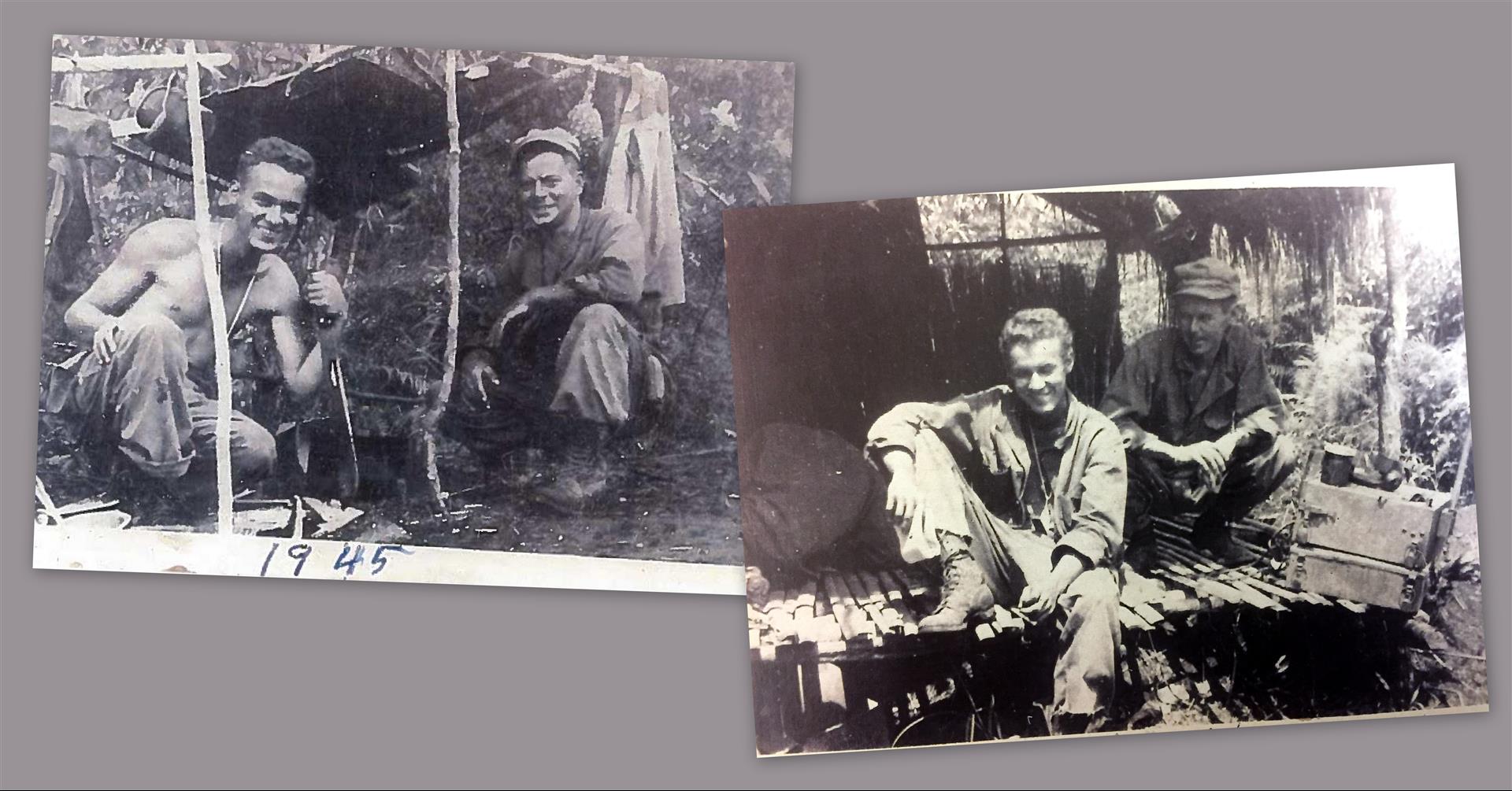 Don Herold listened to the news of the bombing of Pearl Harbor in his fraternity house at the University of Kansas.

By spring of 1942, Don and a group of his freshman fraternity brothers decided to volunteer for the Army Air Corps. Everyone was accepted except for Don and future presidential candidate Bob Dole. They both failed the color blindness chart.

A disinterested student who was “getting nowhere” in his classes, Don returned to Great Bend to wait for his draft call. Eventually, he visited the draft board in Great Bend and volunteered.

During basic training, Don volunteered for “jump school” in Fort Benning, Ga. There he learned to pack a parachute and jump out of a plane at 800 feet.

“I won’t say I wasn’t scared,” Don wrote later. “But we had been trained going out mock-up doors so much that you just kind of did it.”

Less than two years later, he used his training to make a jump of less than 300 feet while under fire. US troops retook Corregidor, a small island in the Philippines where the US surrendered to the Japanese earlier in the war. He was a member of the 503rd Parachute Regimental Combat Team that had taken the island of Mindoro, and before then Noemfoor in New Guinea. (Photos at the very top were from New Guinea.) Don was in the Philippines when the Japanese surrendered, though it was more than three months before he got to go home.

On New Year’s Eve, Don returned to his parents’ house in Ellinwood, Kan. He stayed there before moving to Great Bend, Kan., with his new bride, Natalie. Other than a short stint in Topeka, where Don worked for the regional post office, they lived in Great Bend until Natalie’s death in 2008.

In 2009, Don moved to Wichita to live with one of his daughters, all three of whom live in the area. He came to Wichita Presbyterian Manor initially to recuperate from a surgery in the Post-Acute to Home program (PATH). He has lived in the assisted living community since 2015.

Don says he doesn’t often think about his military service these days. In 1997, he wrote a narrative of his time in the Army, which he dedicated to Natalie and his daughters Becky, Annie and Charlotte.