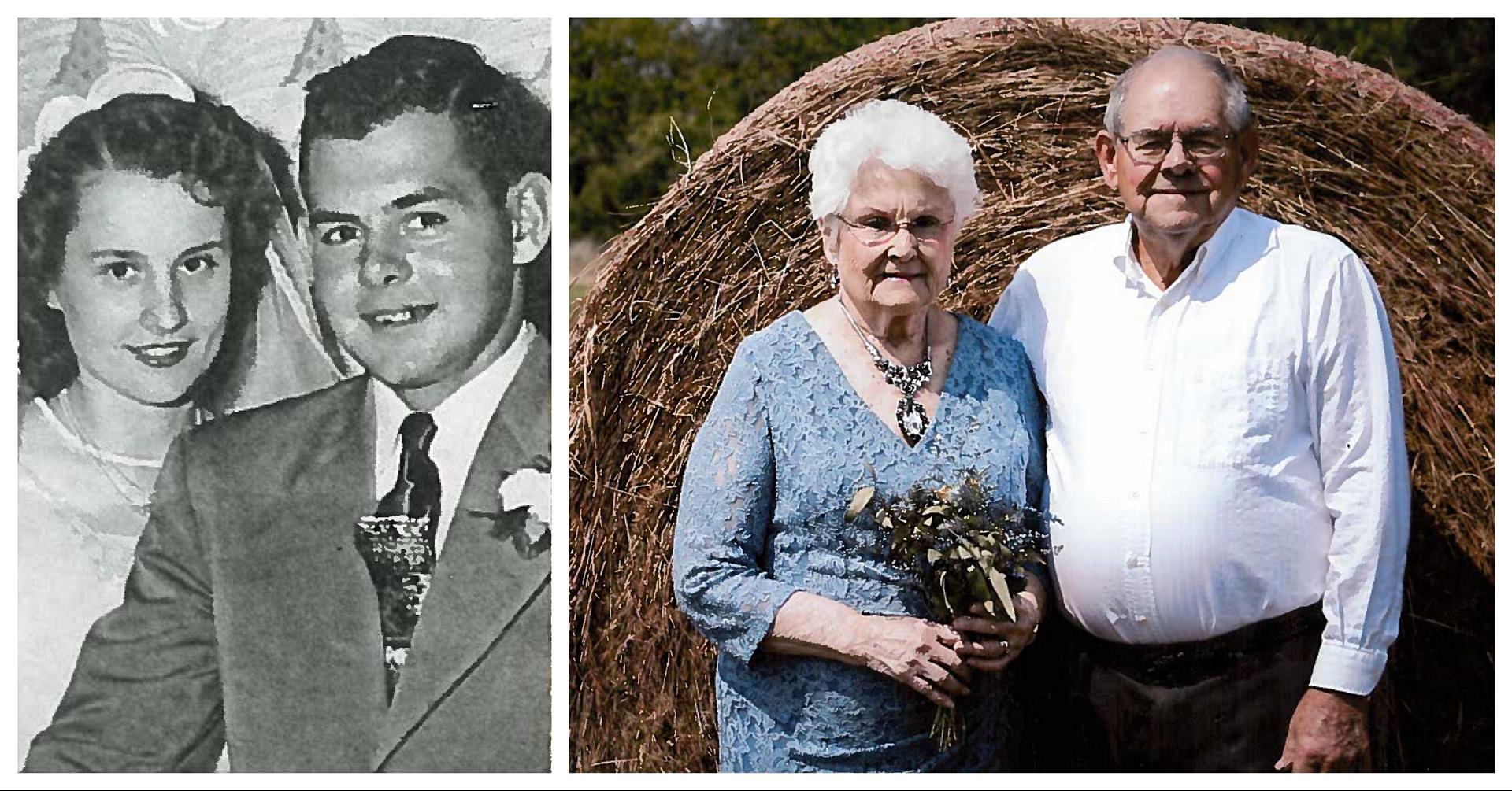 Dean and Marlene Stine met as schoolchildren in Edna, Kan. The sweethearts began dating in high school and married in 1952. They’re still together 67 years later.

Their wedding took place while Dean was on leave from the Navy. Not long after the ceremony, he deployed to a war zone.

“We got married on Sept. 21, and I had Thanksgiving dinner off the coast of Korea,” he said.

When Dean returned from his last deployment, Marlene was waiting on the San Diego pier to tell him to hurry up and take her to Balboa Naval Hospital. Their daughter Marla was born soon after.

Their second child Steve joined their family when they were living in Oswego, Kan. Dean was on the road a lot working for Southwestern Bell, and the family moved around the state for his job.

After 36 years, Dean retired from telecommunications and went to work as an independent adjuster for Farm Bureau. His new role also kept him on the road a lot.

Marlene worked different kinds of jobs throughout her career, including for the Salina Arts and Humanities Commission, where she helped plan the Smoky Hill River Festival.

The couple spent a lot of their free time attending their children’s and grandchildren’s sporting events. They all played, whether it was in school, for a club team or on the collegiate level. Marlene often traveled with her granddaughter to out-of-town softball games.

“Dean was gone a lot, so I worked and kept busy with that,” Marlene said. “It was busy, but it was fun.”

In 1992, Dean retired and the couple moved to Wichita to be near Marla and her two children. Three years later, they faced tragedy when Marla was diagnosed with ovarian cancer.

“We were lucky,” Dean said. He and Marlene were able to be there for their daughter and her family for the five years she battled the disease.

Marla died 18 years ago, when her children were 9 and 13. The Stines raised her daughter Dominica, whom they call Domi. She is married, lives on a cattle ranch and teaches high school in El Dorado.

The Stines’ three other grandchildren live in Denver, Chicago and Mobile, Ala.

The couple’s secret to the success of their marriage? Dean credits abstaining from arguing with his wife.

“He was gone a lot,” Marlene offered. “That helped.”

PHOTO: Dean and Marlene Stine moved to Presbyterian Manor in January 2016, roughly 63 years after they tied the knot.