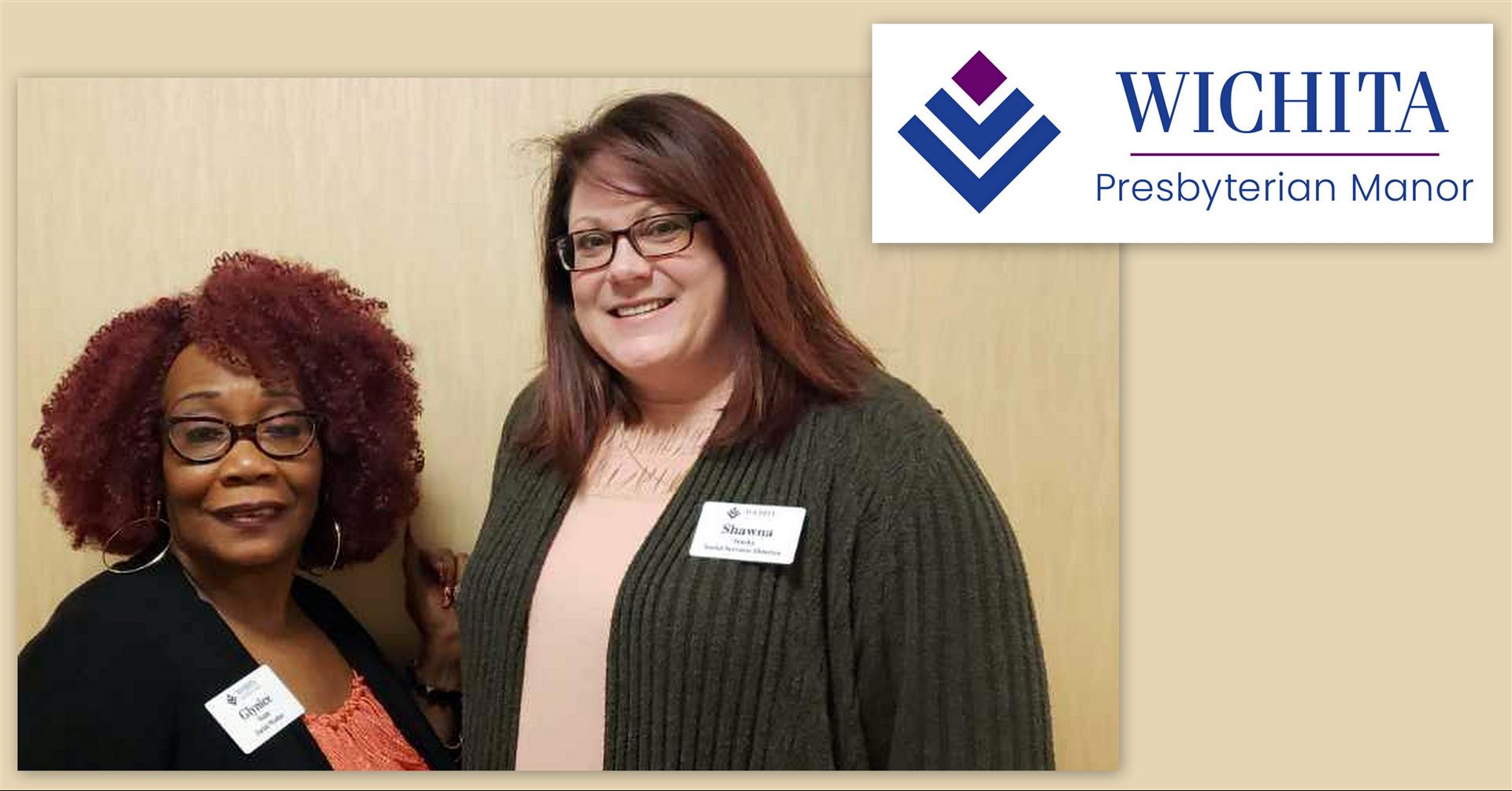 March is social work month, which makes it the perfect time to highlight these important members of the Wichita Presbyterian Manor team.

Shawna and Glynice coordinate the admissions process for each new resident. They work to resolve complaints, communicate with family members about resident needs, conduct cognition testing and perform depression screenings. Above all, they ensure residents’ rights are upheld.

Glynice has worked for Presbyterian Manor for almost 12 years, and Shawna joined the staff as social services director less than a year ago. She brings 13 years of experience in the field and has worked in both child welfare and geriatric care.

The pair function as a team and appreciate each other’s strengths.

“Glynice knows the residents inside and out — and their families,” Shawna said.

“Shawna has been a real asset in that she has worked in all these different areas (of social work) and has all kinds of resources,” Glynice said. “We have a really good system worked out.”

Glynice came to the social work profession later in life after working in the medical field as a phlebotomist and receptionist and raising two children. She went back to school after her mother passed away.

“I decided I was going to drive myself out to Butler and enroll in college because I didn’t just want a job, I wanted a career,” Glynice said.

Though she initially planned to work with victims of domestic violence, a work-study opportunity at the Kansas Masonic Home helped Glynice realize she enjoyed working with older adults.

Shawna always wanted to work with seniors, but first spent many years in child welfare. She and her husband of nearly 10 years moved from Garden City to Wichita six years ago to be closer to family. They have a “smart and sassy” two-year-old daughter and three dogs. The family enjoys cheering on KU, the Chiefs and the Royals and taking trips to the lake.

Both women embrace the need to “have the hard conversations.” They spend a lot of their time working through thorny issues for which there may be no obvious solution.

“We have to be the gray in between,” Shawna said.