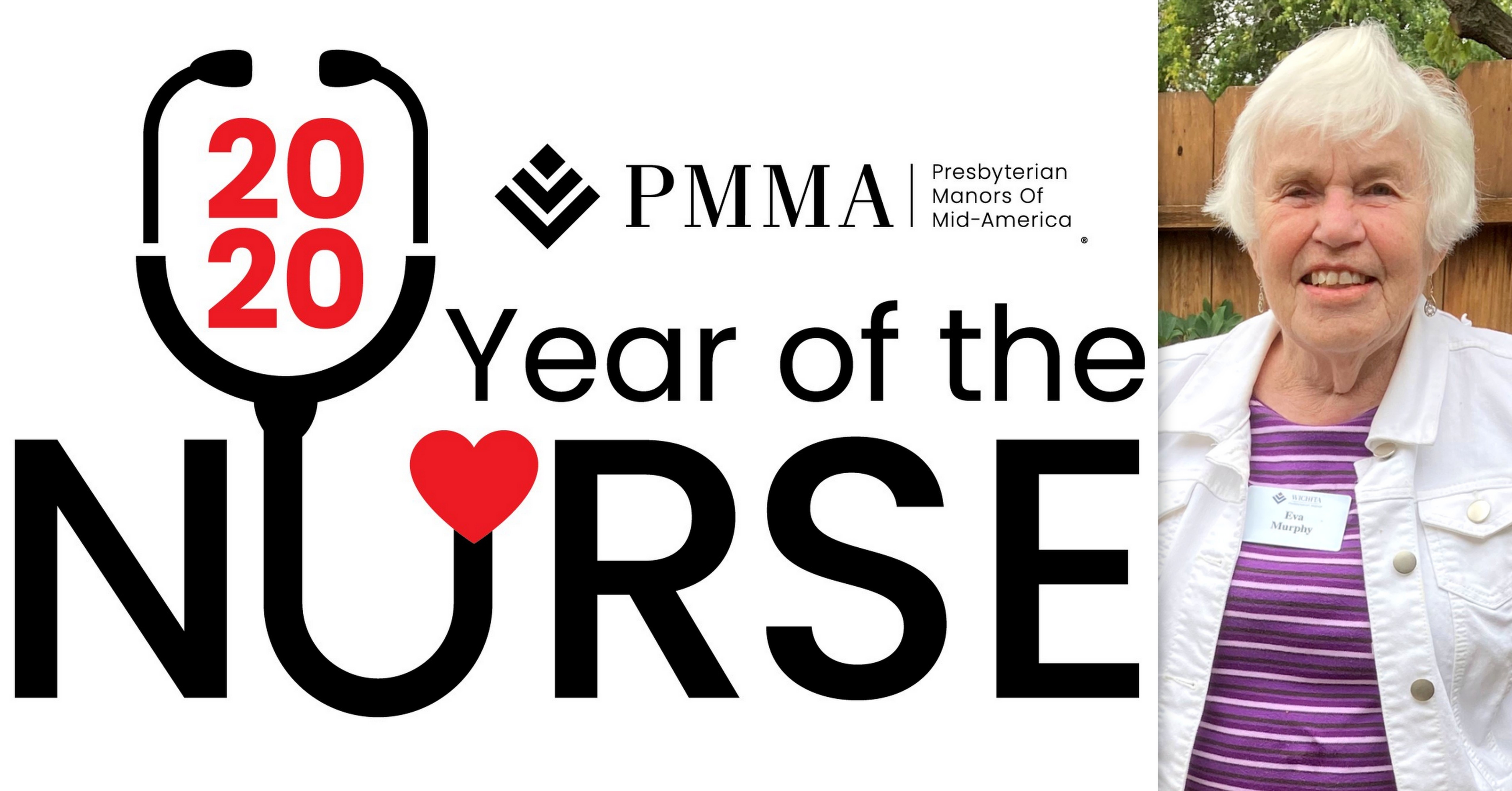 School nurse enjoyed the challenge of working with students

For Eva Murphy, the decision to pursue nursing as a career was an easy one.

“I didn’t want to be a teacher for a secretary, and that’s about all the options there were for women in the 1950s,” she said.

The Westwinds independent living resident had two nursing careers. She worked for a pediatrician in Wichita until her sons were born. When her youngest was in school, Eva received an unusual job offer.

“My son’s elementary school principal kept saying, ‘We need school nurses — you need to go back to work,’” she said.

Eva wound up working in several Wichita public schools for more than 20 years.

She was responsible for conducting vision and hearing screenings, and she followed up with parents whose children were missing required vaccines. When she worked in alternative high schools, she was often involved in the individual educational programs for students who had special needs.

Though she had never really considered school nursing, in some ways the educational system was a natural fit for Eva, whose mother was a teacher and county superintendent.

Working in a school setting combined Eva’s interest in pediatrics with her passion for public health. She remembers learning about some of the conditions her students had to deal with. When she worked at West High School, a few students lived on their own in the old Eaton Hotel, before it was renovated in the early 2000s.

She also loved working with that age group. She remembers her first day in a high school when a student came to her office looking unwell. He was dressed like a punk, and when she asked him what was wrong, he said his mom made him six pancakes for breakfast and he used too much syrup.

The moment made her realize he was just a kid, like her two boys.

Eva helped treat everything from athlete’s foot to head lice. She never tired of working with the “wonderful” kids whose creativity made her laugh.

Once, during the era of hip-hugger jeans, her principal threatened to send home students whose navels were showing.

They stopped by her office to pick up an adhesive bandage to cover their belly buttons.

“We had no trouble with creativity in the Wichita Public Schools,” Eva laughed.