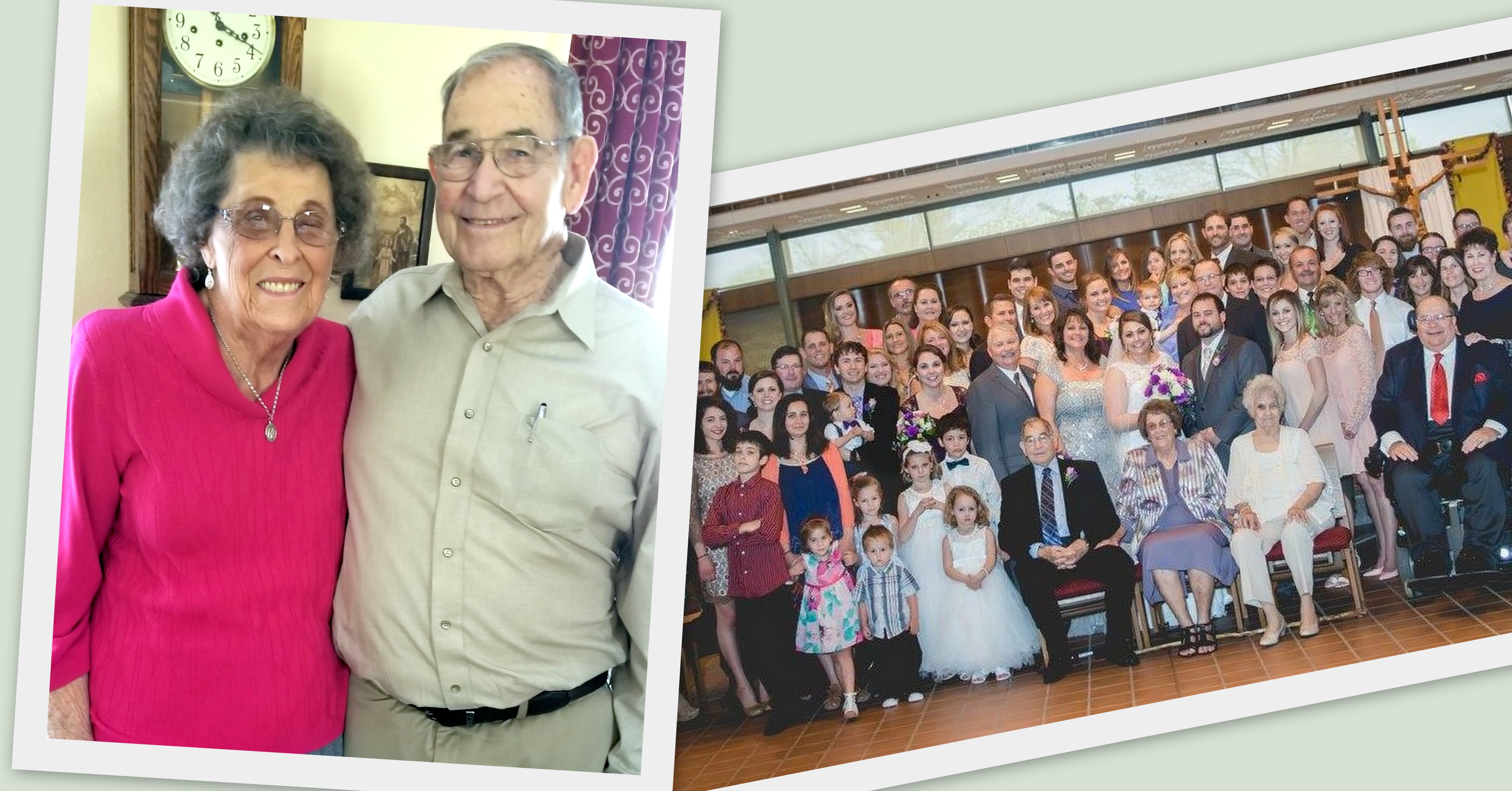 Residents took a ‘just do it’ approach to raising large family

Jack and Louise Hall raised 12 children by putting one foot in front of the other.

“You do daily what you have to do,” Louise said. When at least two children were in diapers at once, that included six to seven loads of laundry a day.

“I think I wore out three washing machines, on which Jack replaced parts many times,” she laughed.

Her days were busy, but never boring.

“Every day way a new day,” she said. “Something new was always happening.”

There are other advantages to having a large family, Jack and Louise say. As the older children matured, they helped the younger ones with basic tasks.

“And they always had someone to play with,” Louise said. The children remain close, though only five still live in the Wichita area. Jack and Louise also have 26 grandchildren, 34 great-grandchildren and one great-great-grandchild.

“I never really gave it a thought whether we would have children or not — it’s just something you expected to do back then,” Louise said.

“I hear young people who say they don’t want to bring children into the world,” Jack said. “Maybe they’re right. But people said that in the 50s and 60s, too.”

Louise says she thinks raising a large family is harder now, as parents feel pressure to outfit each child in new clothing and give them their own rooms.

“You can do with a lot less than what everybody thinks they need,” she said.

Louise worked for the machinists’ union before the birth of their first child. She took a 20-year hiatus to raise children, then she worked for the union another 20 years before she retired. Jack spent most of his career supporting research and development at Vulcan Chemical. The couple moved into one of Wichita Presbyterian Manor’s independent living duplexes four and a half years ago.

“I made good money, but we kept having kids every once in a while,” Jack said. “We made ends meet back then. But we came out pretty well. We’re very fortunate to be where we are, and we thank the good Lord for it.”