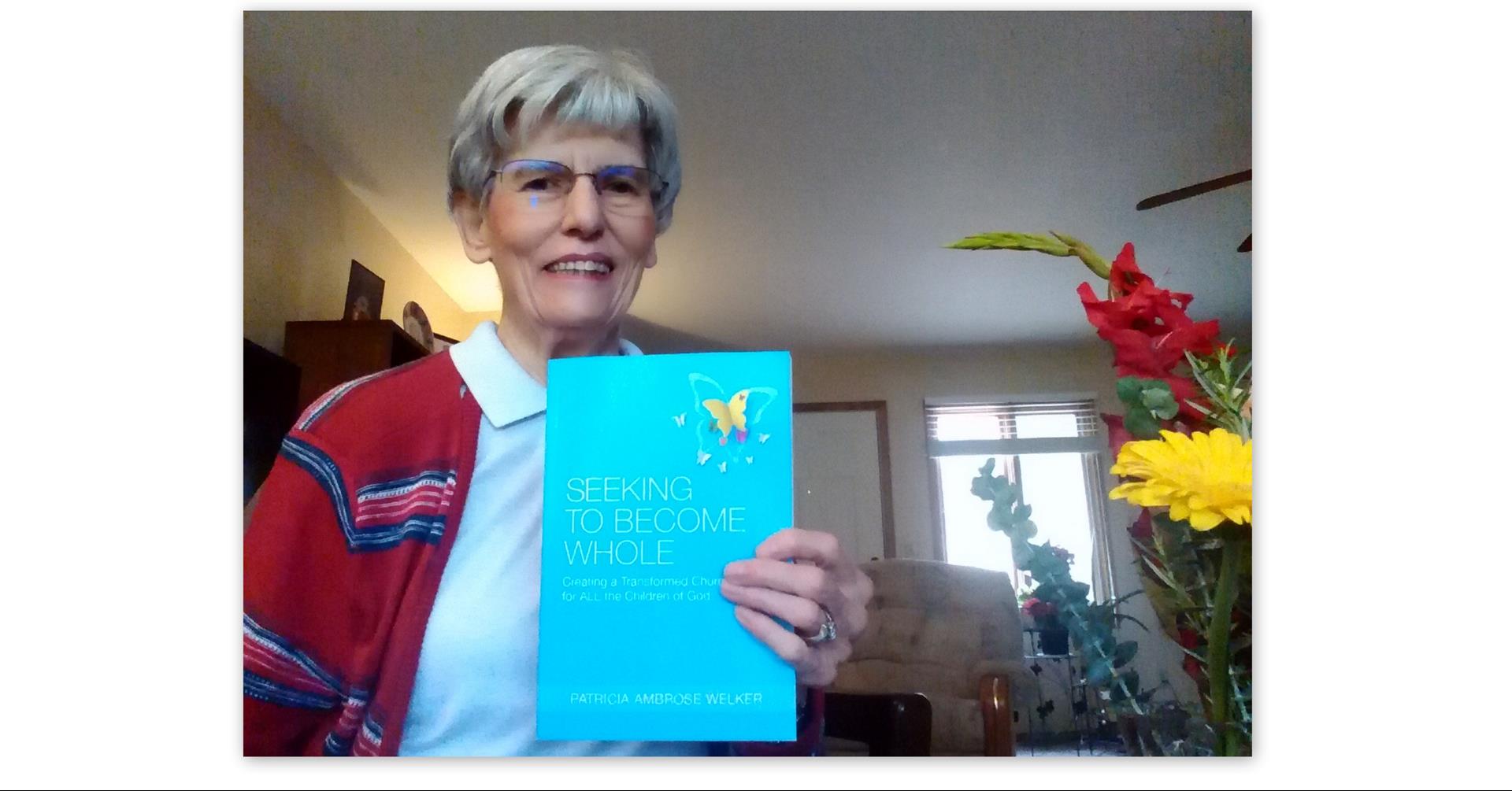 In her new book, “Seeking to Become Whole: Creating a Transformed Church for All the Children of God,” resident Pat Welker explores how the actions of modern-day Christians match up to the parables of Jesus’ life and what can be done to create a more inclusive church.

Finished nearly a year ago, the book just began hitting shelves this past June. But while such a delay may frustrate some authors, Pat believes the message behind her book is actually more relevant now than ever before.

“It’s a book about marginalized people and none of that has really died down,” said Pat. “In fact, in a lot of ways, it’s gotten worse.”

Pat was inspired to write the book by witnessing the challenges her own children faced growing up in modern society.

“I have four adopted children,” said Pat. “As they grew up and their lives developed, I realized that they were protected in my family but in culture they weren’t.”

When Pat’s oldest son died in 1980, it forced her to look at Christianity in a new light. What she found was that, for many in our society, if you aren’t white, heterosexual and from a certain economic class you are treated differently than those who are—something she believes directly contradicts the teachings of Jesus.

“I find that most of the prejudice among the people I know is subtle and unacknowledged—and most don’t even realize it,” said Pat. “I wrote the book to speak to Christians and tell them that we need to dig more deeply into what we say we believe and whether we act that way or not.”

Pat knows that the message behind the book is going to be tough to swallow for some of her fellow Christians and when she’s told that the idea of increased inclusion is impossible, she has a simple response.

“If that’s true, then we aren’t Christians—because that’s what Christianity is all about,” said Pat.

A former instructor at the University of Nebraska at Omaha, Pat has previously written, “The Highland’s Vision: A History of Highlands Presbyterian Camp and Retreat Center.”

“Seeking to Become Whole” is currently available on Amazon in both paperback and electronic form. Learn more about Pat and her new book.