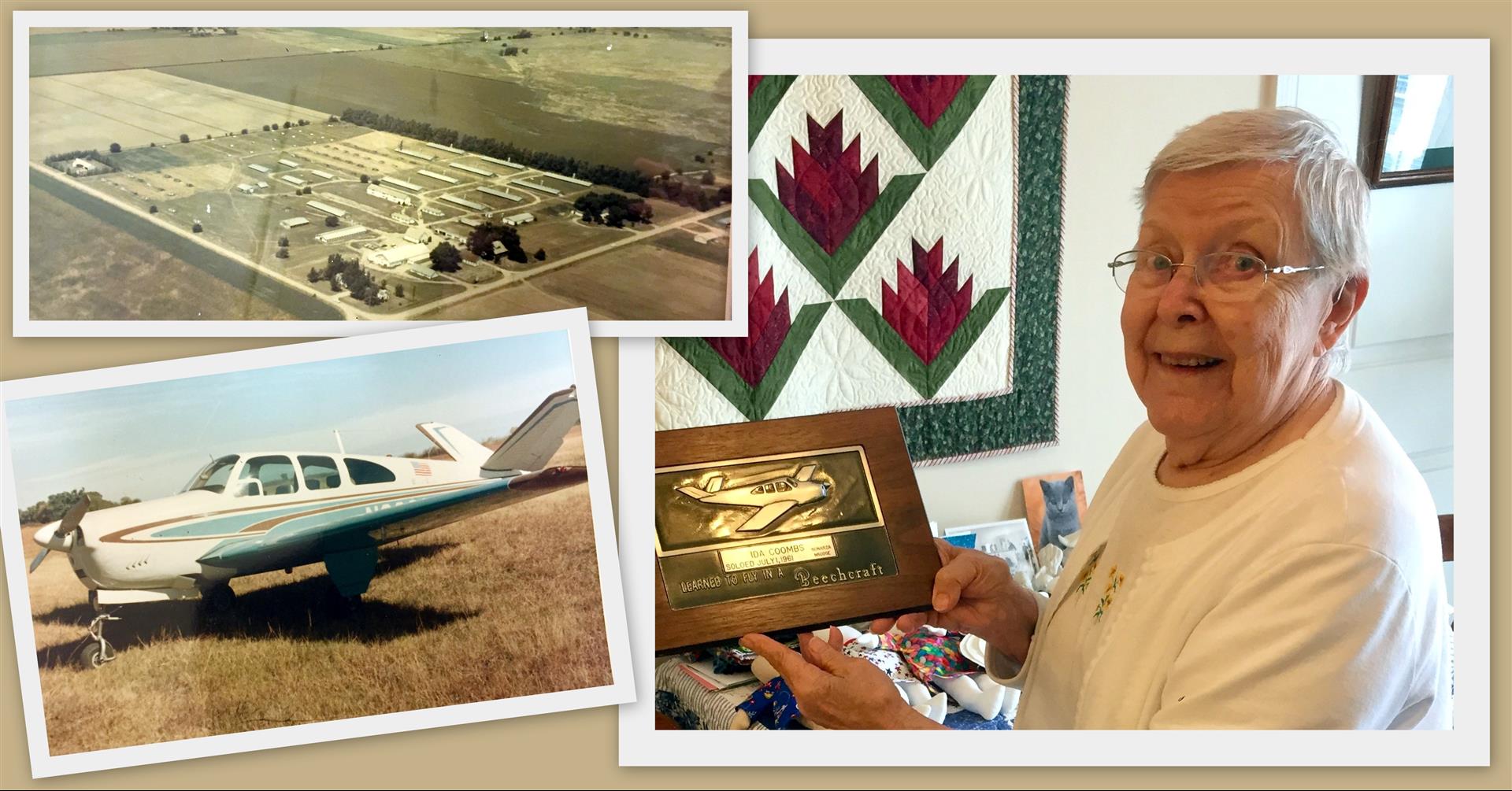 Resident loved her six years in the air

Ida Coombs became a pilot because of her husband Eustace, who purchased a Beechcraft Bonanza not long after their wedding on Christmas Eve of 1960.

“He was a chicken man,” Ida said. “He was in the business of hatching chickens, and he used the airplane to visit chicken flocks in Kansas and Missouri and even into Oklahoma.

“He was older than me, and he was concerned that if something happened in the air, I might need to land the plane,” she said.

But Ida worried that if she ever found herself in that position, “I wouldn’t know beans about it. If I ever had to land it, I wanted to know how to fly it.”

That determination led her to take lessons at Beechcraft. She recalls learning how to control the plane by flying around a silo on an abandoned farmstead.

After she earned her license, she flew often until they sold the plane in the late 60s. Sometimes she piloted while her husband photographed the land where their chickens were raised.

“Oh, I loved it,” Ida said. “I would not say I was a fantastic pilot, but I enjoyed it. I had experiences that were interesting, but nothing that splendiferous.”

Ida did manage to remain calm on the handful of occasions she faced a challenge in the air.

One day, before delivering chicks to Perry, Okla., Ida neglected to close the back window, resulting in an eventful takeoff that left a trail of paper behind her.

Another day, she was flying back from Emporia before sunset. She flew blind most of the way back to her home airport, relying on the instruments to navigate the small plane.

Though it was certainly unusual for a woman to earn her pilot’s license in the 1960s, Ida notes that she wasn’t the only one. She was a member of the Ninety-Nines, an international organization of women pilots. Ida recalled a day trip the club took to Oklahoma City.

Born at West Street and Kellogg, Ida has lived in Sedgwick County her whole life. She is a charter member of independent living at the Westerly, where she moved in 2015.