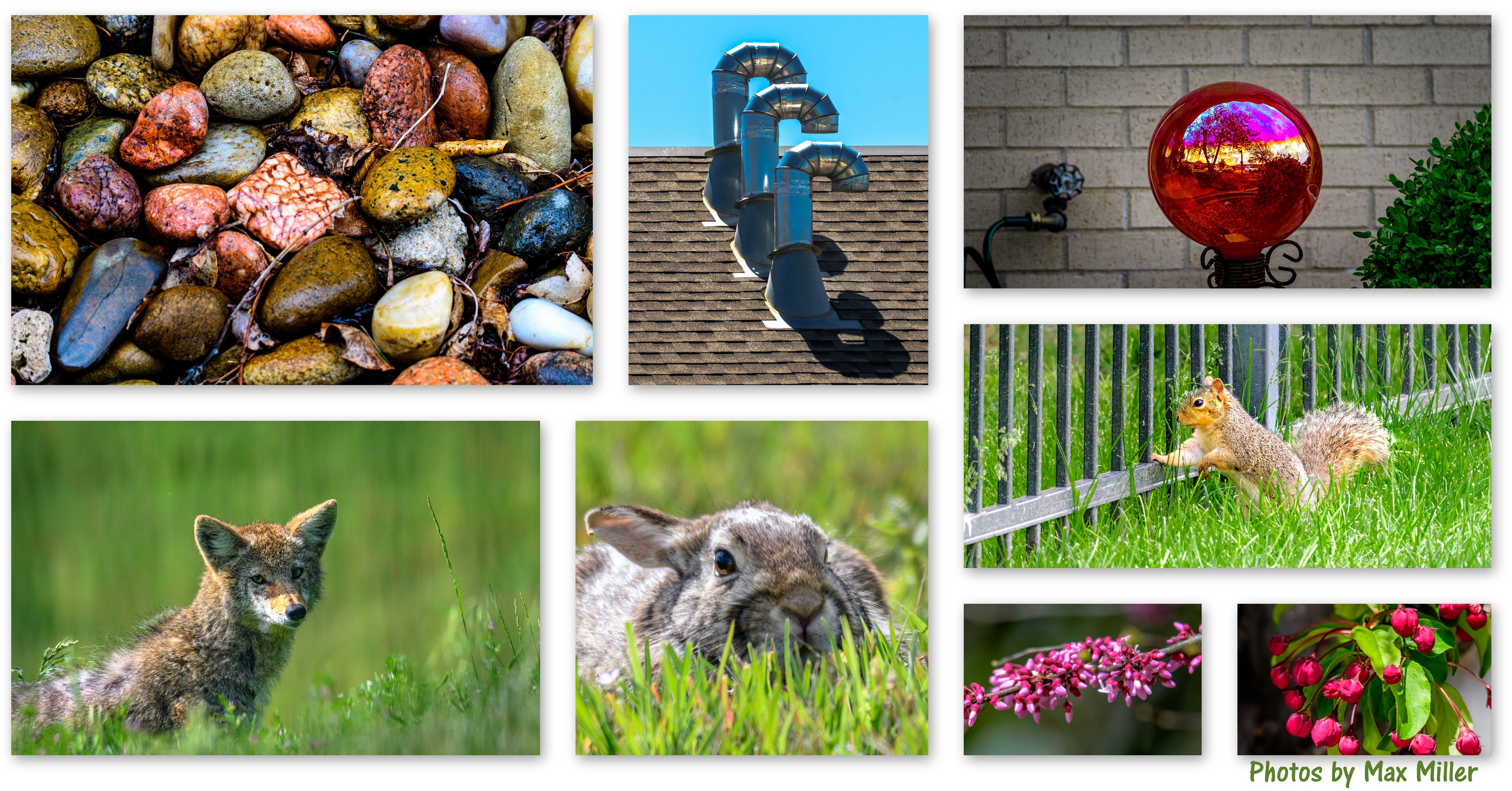 “I think I would just be bored on my walks without my camera to play with,” said Max Miller, a resident of The Westerly independent living community at Wichita Presbyterian Manor.

Before the pandemic, Max walked to the Sedgwick County Zoo almost every day, and he has dozens of photos of the flamingos that greet zoo visitors.

Since March, he has stuck to the Presbyterian Manor campus and taken shorter, more frequent sojourns with his digital SLR.

“If you’re mentally battling the constraint, you’re just going to be walking around with your bottom lip stuck out,” Max said.

Instead, he chose to take a closer look at familiar surroundings.

“Walking several times a day, you’re seeing the same things over and over,” Max said. “Sometimes something new catches your eye.”

Recently, he took a photo of the front wheel of his car. Other subjects include a gazing ball in front of a neighbor’s apartment, ductwork on the roof, and a leaf in the parking lot.

The pictures are a departure from Max’s usual nature photography, though his camera has also captured the flora and fauna on the Presbyterian Manor campus.

Earlier this year, Max took a photo of a young coyote.

“He was there for just a second, and — abnormally for me — I was able to get a picture before he scooted off,” he said.

He’s also captured some adorable squirrels and a cottontail rabbit that looks as though it could be somebody’s pet.

Max learned photography and digital editing by watching “a zillion hours of YouTube.” He uses the Adobe programs Lightroom and Photoshop to edit his images.

The photographer is still learning, and often takes shots in order to experiment with a setting or practice a technique. He shoots airplanes sometimes, because they are a good proxy for birds.

A sharp subject and unfocused background are hallmarks of Max’s photos, though he has noticed that his tastes have changed as he gains experience.

“It’s an evolving deal, which is kind of fun,” he said. “You don’t want to be too static.”