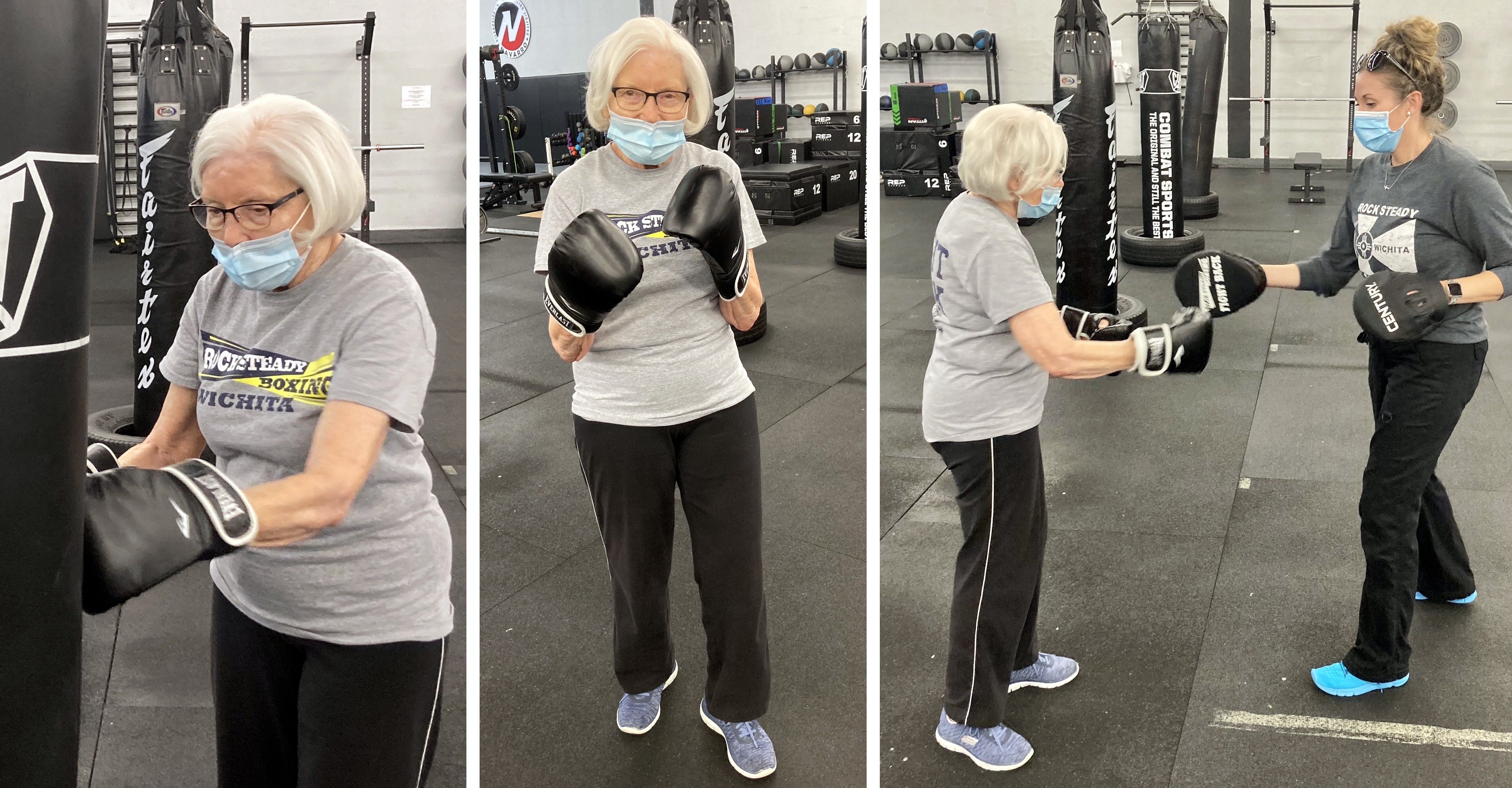 A couple of years ago, Westwinds resident Margot Harling took up boxing to help manage her Parkinson’s symptoms.

“When I first met Margot, she used to fall a lot,” said Erin, a Rock Steady boxing coach. “She kept a lot of weight on her heels. “Now she has some of the most phenomenal balance and core strength of any of my boxers.”

Margot, who danced for nine years with professional companies including the American Ballet Theater, was the first to notice a symptom of Parkinson’s.

“Being a dancer early in my life, I am in tune with my legs,” she said. “I noticed my walk wasn’t as even as it used to be.”

Her doctor referred her to a neurologist, who diagnosed her with Parkinson’s disease and suggested she try boxing. That seemed like a strange activity for to a former ballerina, so Margot waited a while before giving it a try.

“I finally went and found it was very helpful for my upper body and for my balanced,” said Margot, who hasn’t fallen in more than a year.

Her Rock steady training focuses on mitigating the physical symptoms of Parkinson’s with the intensity and large movements of non-contact boxing. A boxer with Parkinson’s partnered with a retired pro to develop the nationwide program.

Erin and the other two Rock Steady coaches also bring their experience working in the physical therapy field to their coaching inside and outside the ring.

“We bring more to the table than just the boxing,” Erin said. “We focus on many other things, like hand-eye coordination, agility and balance.”

A registered physical therapist, Erin worked in a hospital setting for many years before taking a break to raise her children. She became a Rock Steady instructor four and a half years ago. The job combines her physical therapist skills with her kickboxing training, which she had been studying for about five years.

Most of the Rock Steady boxers range in age from 50–80, but Erin has also trained much younger people. At 86, Margot is the oldest boxer she’s coached.

Rock Steady classes cost $150 for a punch card good for 10 classes, or $100 per month for unlimited classes. Learn more at Wichita.RSBAffiliate.com.