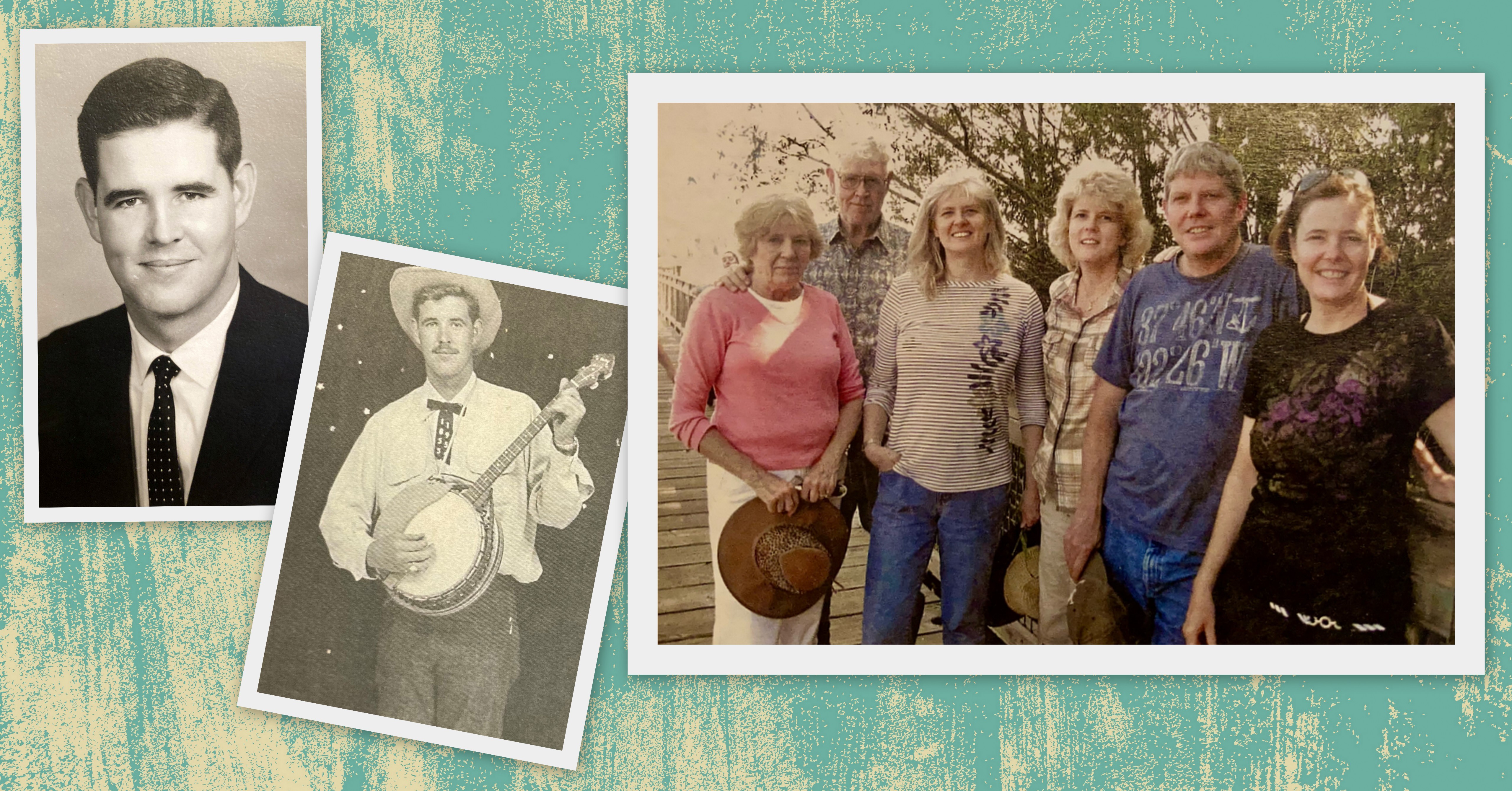 In his 88 years, Gerald Allgood has collected some interesting stories. The Wichita Presbyterian Manor independent living resident moved to his Westwinds apartment on Oct. 1.

Gerald grew up in the small community of Bussey, Iowa, on his parents’ 160-acre farm. They entertained themselves by making music, and Gerald played banjo in a “farm band” alongside his sister (piano) and mother (fiddle and other instruments).

The Allgoods were officers in the Farm Bureau, which “got me interested in 4-H,” Gerald said. In the program, Gerald enjoyed working with registered Herefords.

He went on to major in agricultural education at Iowa State, which is where he met Marilyn, his late wife. Marilyn was a freshman and Gerald a senior who was the captain of his Air Force ROTC class when they met. He remembers running into his commanding officer one day when he and Marilyn were together.

“It was the funniest thing,” Gerald said. “He said, ‘I think we should nominate your girlfriend for the military ball queen.”

Marilyn served as the queen and went on to be selected as the “VEISHEA Queen of Queens” at the university’s enormous weeklong spring celebration.

She was studying home economics, but went on to study law and work as a legal assistant. Gerald credits her smarts for the success of their children and grandchildren.

After graduation, Gerald taught agricultural education at a high school in Parkersburg, Iowa, for a year. He looks back fondly on his time teaching on ag topics and still has a letter from a freshman boy who reported he won $2,000 for the livestock he raised for the state fair in the mid-1950s. (That’s the equivalent of almost $20,000 today.)

After basic training, he spent a year in Arlington, Texas, training to be a navigator. His commission took him overseas, and he refueled aircraft in Britain and Russia — even over the North Pole.

Gerald and Marilyn traveled overseas later in their lives, including to Russia.

“Moscow Square is one of the most beautiful places you’ll ever see,” Gerald said. “The architecture is beautiful.”

Gerald and Marilyn were once active members of First Presbyterian Church in Wichita, where Gerald served on the board of directors. That’s how he first became familiar with Presbyterian Manor and its “highly rated” reputation.