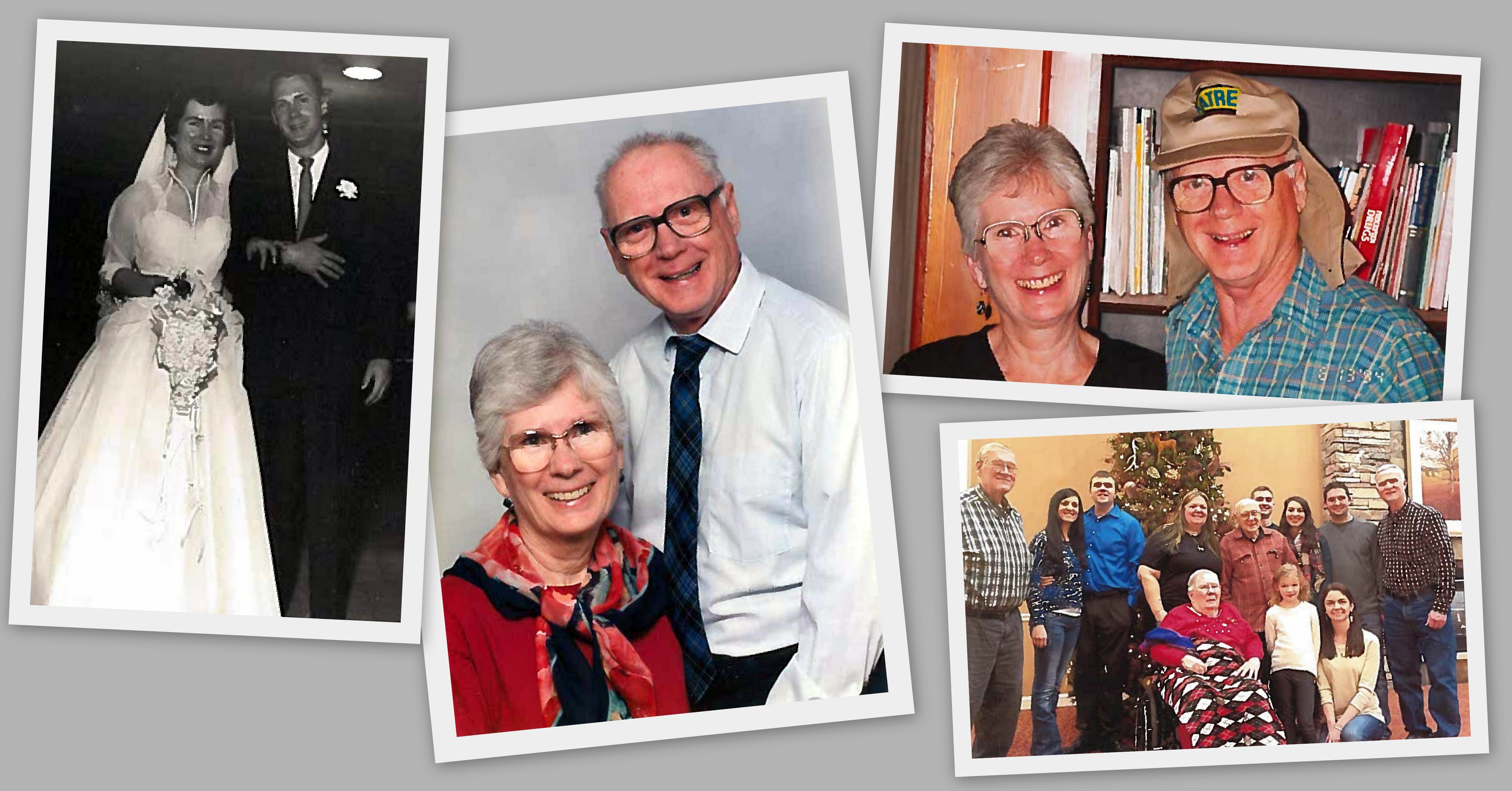 Charlie Ross moved to the assisted living community at Wichita Presbyterian Manor in April. He was already familiar with our community because his wife, Nancy, spent the last years of her life in the health care neighborhood.

The couple met at New York Theological Seminary, where Charlie was studying for the ministry and Nancy was taking classes to learn more about the Bible in addition to her work as a nurse.

Charlie recognized that he wanted to have a different kind of pastoral experience.

“I studied the Bible, and I didn’t want to be a minister of a church on the corner with six other churches,” he said. “I wanted to go to a place where the gospel was needed.”

This conviction took the Rosses to Africa, where they lived for the better part of 40 years in a large village in what is now the Democratic Republic of the Congo (then Zaire), just a few degrees south of the equator.

Charlie taught students preparing for the ministry and visited villages around the region to deliver the message of the gospel. Nancy taught nursing and worked at the hospital. It was not an entirely unfamiliar experience for her, as she grew up in India as the daughter of a medical missionary who specialized in tuberculosis.

The Rosses worked with other pastors, teachers, doctors and nurses to bring services to their village neighbors and they formed close relationships with their fellow missionaries.

“It’s the people you miss,” Charlie said. “And during the winter months, you miss the weather.”

During their decades working in the Congo, the Rosses returned to the U.S. every three to four years, including for the births of their three children. Each child was homeschooled until the sixth grade, then they attended an American-run boarding school in Africa. They grew up speaking French and Tshiluba, one of the country’s more than 200 indigenous languages.

Charlie and Nancy retired in 1994 and bought a house in Wichita. After a few years, they moved to Méridan, Yucatan, Mexico, where they worked in a seminary for five years before returning to Wichita.

Charlie’s assessment of life in Mexico: “After Congo, that was a vacation spot.”

The Rosses spent the rest of their retirement in Wichita. Nancy passed away two years ago, after 64 years of marriage.