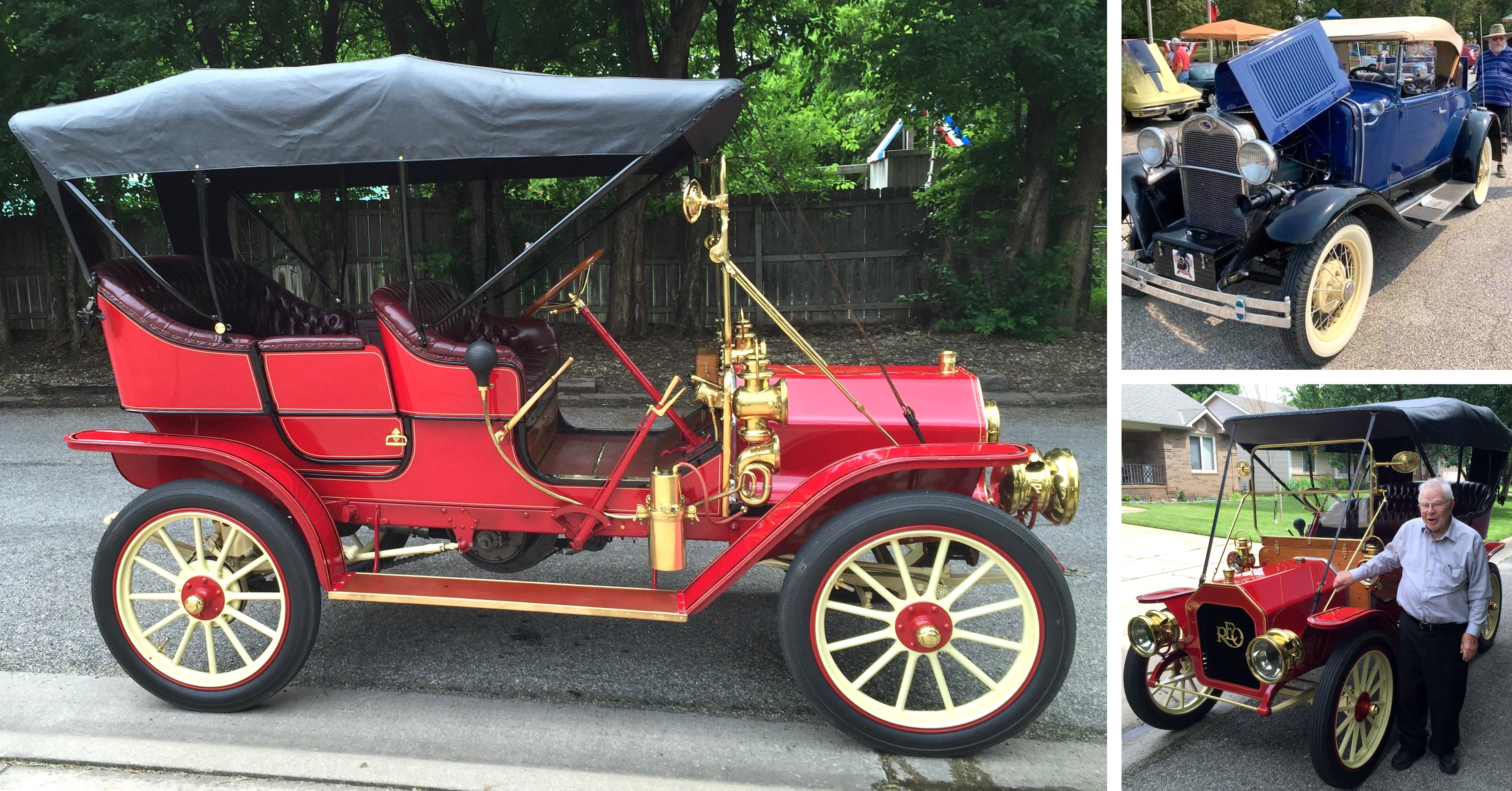 Wayne Orr’s father inspired his interest in restoring old cars. His father gave him a Ford Model A to get him started, and Wayne went on to work on the restoration of about seven more.

The new resident of the assisted living neighborhood at Wichita Presbyterian Manor grew up on a farm in Fall River, Kan. When he was 14, his family moved to Wichita. Wayne finished his education at East High School and graduated with a machinist’s certificate.

He began a long career with Blanchat Machine Company at the age of 15, after the owner called the high school to ask if there were any experienced students who might be interested in machine work.

Wayne drove the motorbike he built to the interview. “Mr. Blanchat came out to see my motorbike, and he thought it was manufactured,” he said. “When I told him I built it, he said, ‘You’re hired.’”

“The labor board even fined him because he hired me too young,” Wayne chuckled.

Blanchat was a small shop on West Maple Street that specialized in making gear boxes for aircraft. Wayne worked there until the owner died, then he bought the place.

For a time, Wayne had a side business that complemented his hobby: he manufactured overdrives for Model As.

He served as the president of the Sunflower Model A club in Wichita. The group had up to 50 Model A owners, although many members owned more than one.

“You can’t have just one, you have to have two or three,” Wayne chuckled.

The car club members frequently got together to drive. Every year, Wayne took a longer tour with friends. One year, he drove one of his restored vehicles to Vancouver, Canada, and back.

His interest in Model As led to a fascination with the life and work of Henry Ford. Wayne has visited The Henry Ford Museum in Dearborn, Mich., a suburb of Detroit and Ford’s hometown. He’s read a lot about the man and even met his sons.

Wayne recently sold his last Model A, a four-door with a slant windshield, to a buyer in West Virginia. Though it was his favorite, he knew it was time to let it go.

“I still have all the pictures,” he says.

And he still has vintage cars in the family. Wayne sold his daughter his Model A roadster (“the classiest one,” pictured at the very top, right) and his son purchased a Ford coupe.

Since his children have carried on the Orr family passion for cars, he still has trips to look forward to.

Wayne worked on cars he didn’t own, too. At the very top, Wayne is pictured standing by one of the oldest cars he has ever helped restore: a 1919 Ford Model A.