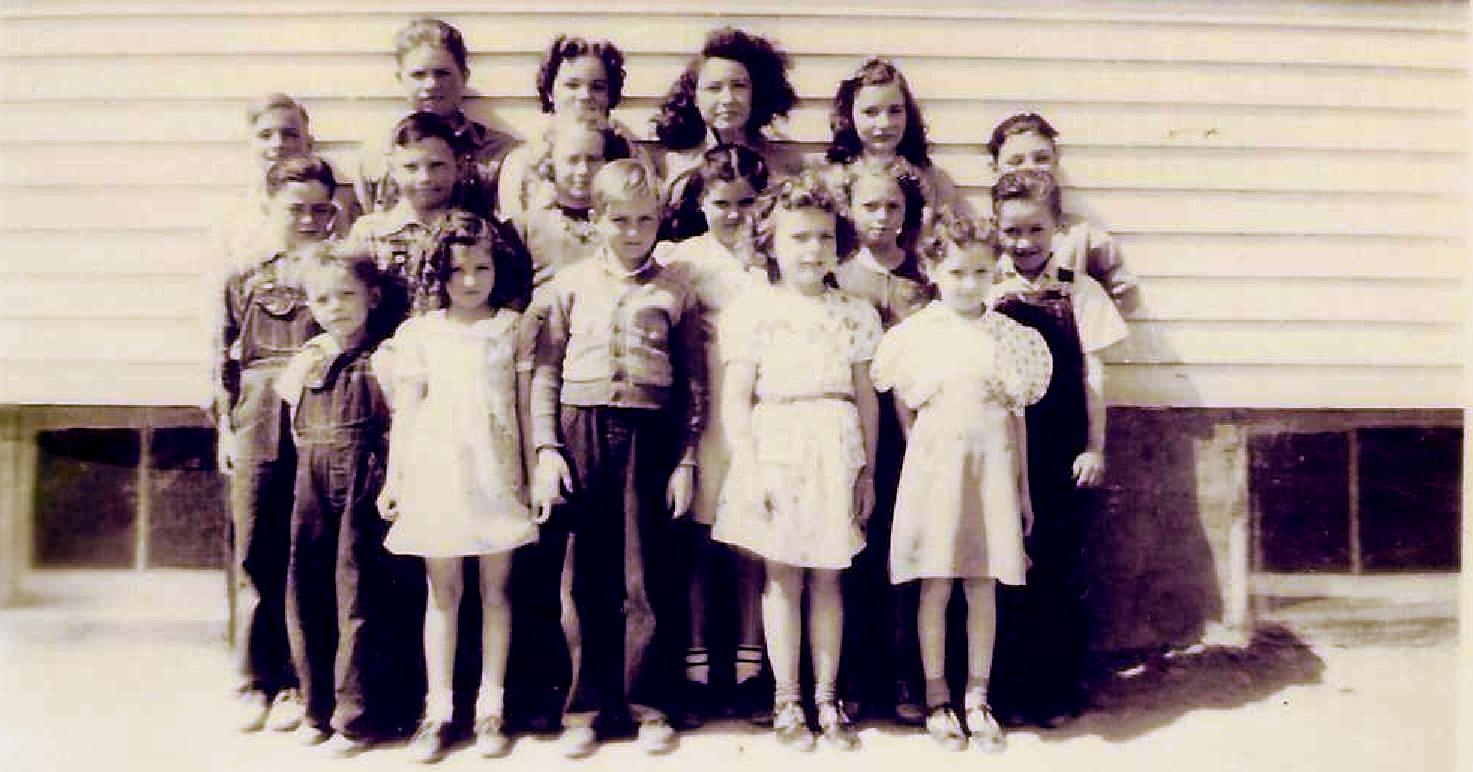 Jo Ann James experienced the kind of childhood that is largely a thing of the past. Raised on a farm near Goodland, Kan., just 9 miles from the Colorado border, Jo Ann studied in a one-room schoolhouse through the eighth grade.

Jo Ann’s family lived on land homesteaded by her maternal grandfather, who traveled from Illinois to Sherman County, Kan., in 1886 to stake his claim in the West. Their farm was about two miles from two different schoolhouses and she and her siblings attended both throughout their childhoods. Sunflower School was more modern, with a windmill, indoor restrooms and basement furnace that kept the students warm in the winter. The children attending Smokey Hill school had to use outdoor toilets.

“I was happy there, no matter which way I went,” Jo Ann said. “I didn’t wish for anything better, because we kids didn’t know any different.”

Jo Ann enjoyed walking to school when the weather was nice, but winters could be “dreadful.”

“I remember arriving at school in tears because my fingers and toes were cold,” she later wrote in an account of her school days. “Mom and Pop always made sure we were dressed in warm clothes … but it was not always enough. The teacher would have me run cold water over my hands, which burned like it was scalding hot. It felt so good to stand over the large floor furnace to warm up.”

Sometimes Jo Ann’s classmates were siblings or cousins, and a couple of her teachers were relatives. In first grade, her cousin was her teacher. Jo Ann had two much older sisters and one of them taught during her fifth-grade year. She remembers there were five pupils at the school that year. When she was in eighth grade, the enrollment had expanded to more than 10 students.

After eighth grade, Jo Ann moved to Wichita to live with her older sister, her brother-and-law and their two daughters.

“I was so happy because I was with my favorite sister, and her husband was like a second dad to me,” Jo Ann said.

She enrolled at Roosevelt Junior High School, which was an overwhelming experience after the one-room schoolhouse. When her parents were told they would be charged tuition to send their child to a school outside their district, Jo Ann went home. She was happy to attend Goodland High School, about 18 miles away from her family’s farm, where many cousins were classmates.

After graduation, she took a job in Wichita, which is where she met and married Oscar, her husband of 49 years. When he asked her out, Jo Ann told him he could take her to church — and he said yes! They had three children together.

After her first husband’s death, she married Bill James, a longtime friend who became a widower the same year Jo Ann lost her husband. She and Bill had known each other since 1956.

Jo Ann moved from her West Wichita home to the assisted living neighborhood at Wichita Presbyterian Manor in August. She says she feels comfortable here and enjoys the food. Her daughter, Lisa, says Jo Ann has kept journals most of her adult life and she has many fascinating stories about her family and her own personal history.