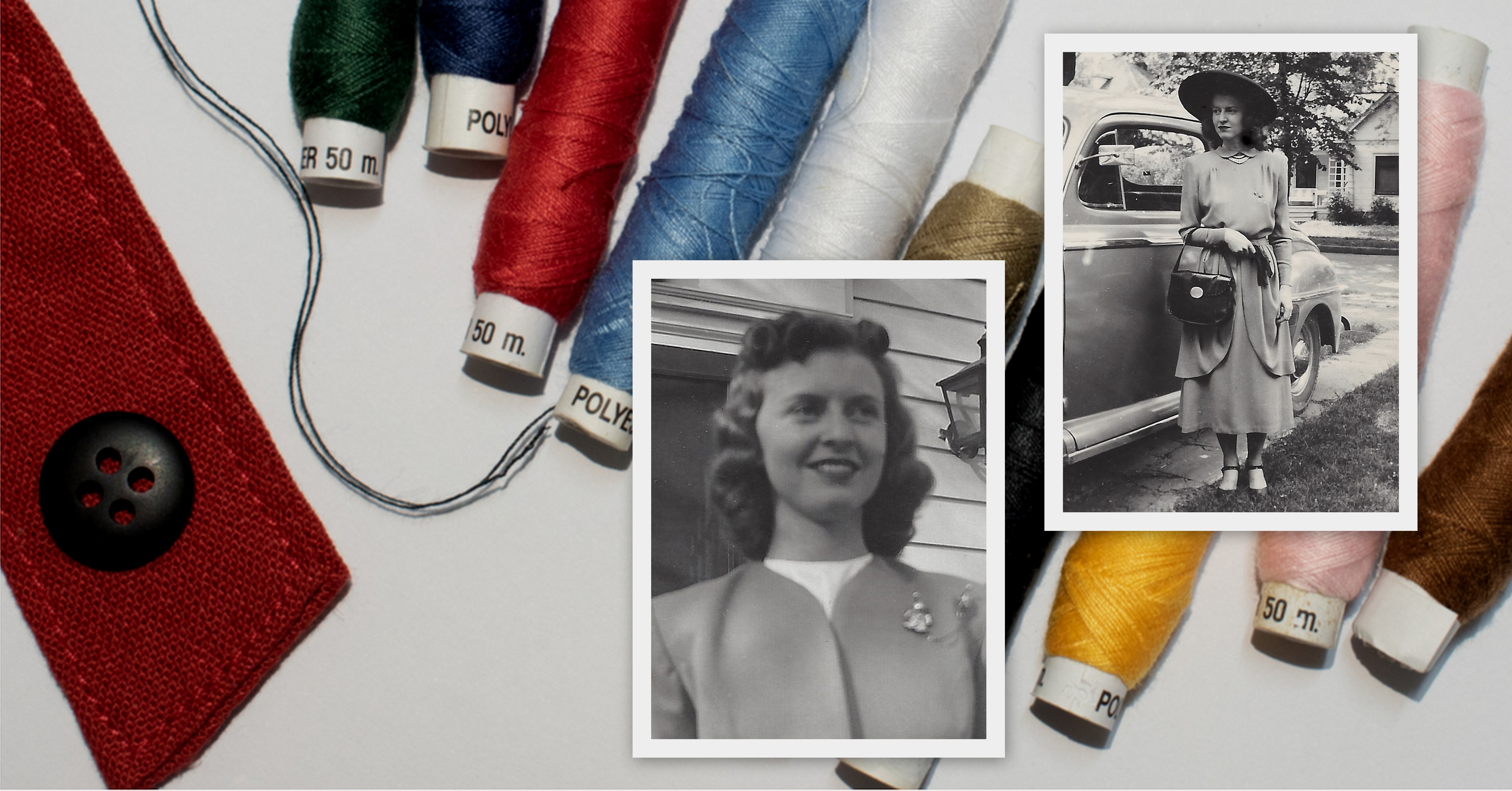 Virginia Payer Olson’s quick wit was a useful tool during her career as a home economics teacher, and the Wichita Presbyterian Manor memory care resident got a lot of practice keeping a cool head during her years in the classroom.

Once, some boys in her cooking class at Peabody High School asked if she would cook a skunk if they brought one to school. She kidded with the boys, leading them on a bit before declining their unusual offer.

“I remember she thought the boys made better pie than the girls because the girls thought they already had that skill perfected,” said Beth Humlicek, Virginia’s daughter. “The boys who had never made pies before listened to her instructions.”

Beth said that Virginia taught the boys how to sew on buttons, patch holes and hem trousers.

“I showed them how to turn a worn collar over so it looks like a new collar,” Virginia said. “They couldn’t believe it.”

One of Virginia’s teachers at Newton High School encouraged her to go to college, which inspired her to approach her parents about attending Kansas State University. Initially, her father said no, but her mother overruled him.

Virginia enrolled in the home economics program at K-State. There, she was a member of the Kappa Delta sorority and served as president of her house one year.

In addition to cooking and sewing, Virginia taught family living, which included a unit on sex education. Once, a parent visited her classroom, upset that his daughter was learning about this topic.

“Mom indicated to the parent that the information is helpful to know to hopefully prevent problems in the future,” Beth remembered. “The parent ended up agreeing with the teacher.”

Virginia stayed at home with her children when they were in school, then returned to teaching home economics at Flint Hills High School in Rosalia, Kan.

Virginia embraced the study of home economics in her life as well as in the classroom. Beth said that her family always ate delicious, well-balanced meals. Virginia was also handy with a needle and thread.

“She loved to sew and tailored many of the suits she wore,” Beth said. “She was always well dressed and particular about her appearance.”