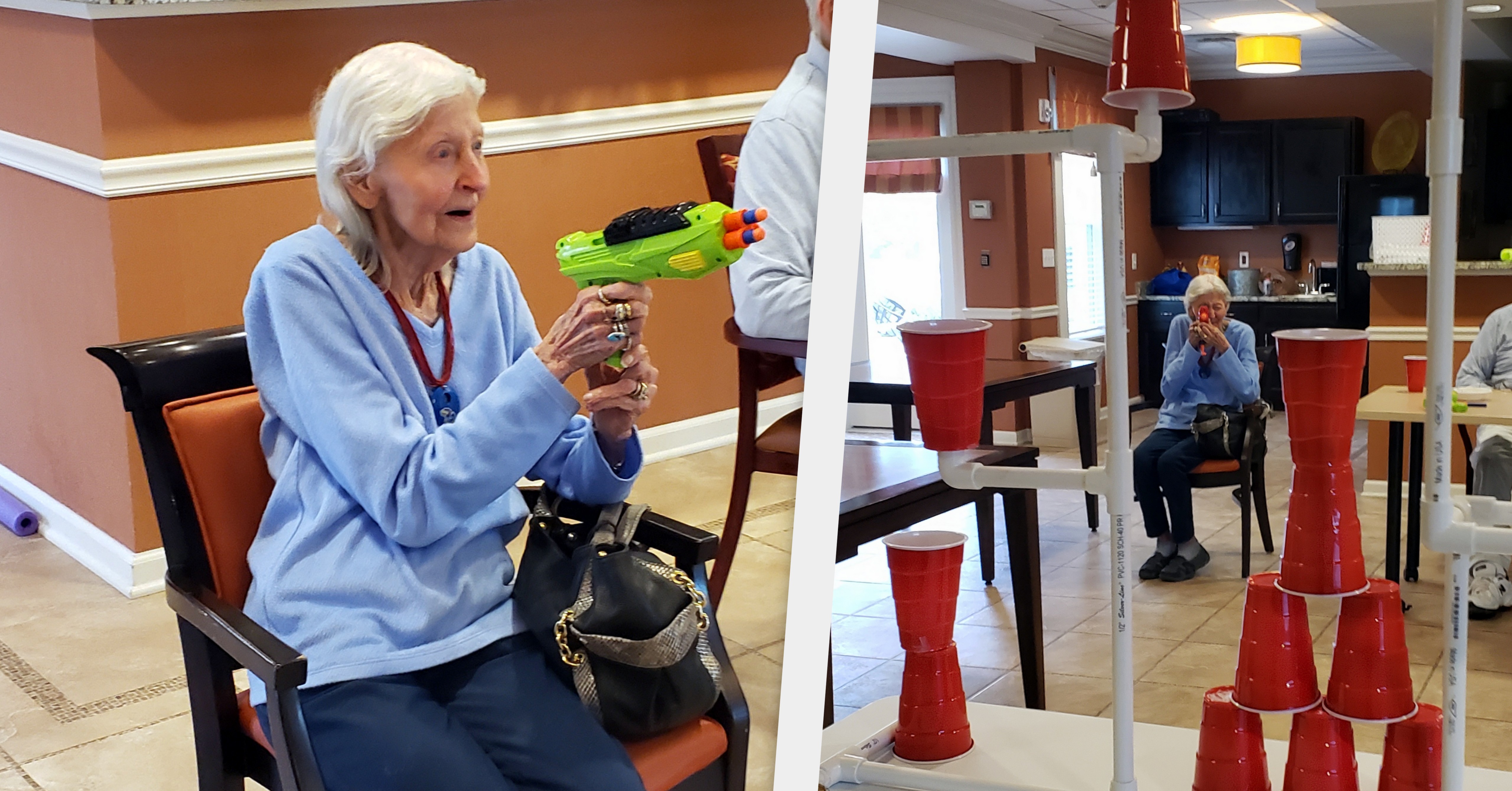 Nerf gun in hand, Eloise Reep proved to be an excellent shot.

Again, and again, the diminutive memory care resident took aim and made contact with her target, one of the red plastic cups perched on a PVC structure.

It certainly wasn’t beginner’s luck. Eloise told staff about how she grew up shooting with her cousins and uncles in Edna, Kan.

“A yellow blinking light is about all there is in Edna. It’s very small,” explained Sue Pancaro, Eloise’s niece. “There’s certainly not much to do there.”

Eloise didn’t hunt or shoot skeet, but she did learn how to pick Coke cans off a fence post with a .22 pistol, Sue said. That was just a part of life in a small town.

When she was in high school, Eloise’s family moved to El Dorado. Her father, Arthur Thomas, opened a hardware store and served as the city’s mayor.

Eloise and her husband Chuck also went into the retail business and opened a furniture store in El Dorado.

Eventually, Eloise’s father opened a hardware store in Wichita, and Eloise and Chuck did the same. Their store was on Maple just east of West Street, not far from their home on Illinois and Maple.

Eloise and Chuck had been married for nearly 70 years when he passed away three years ago. In June 2019, Eloise moved to Presbyterian Manor.

Her niece Sue said that they were impressed by the community’s excellent reviews and word of mouth recommendations. Eloise also had longtime friends who were happy with their decision to live at Presbyterian Manor.

Sue is happy, too. She lives out of state, so she appreciates that if she has a question or concern, she can call Megan in memory care and make sure Eloise is doing well.

Sometimes she’s doing more than well — like when she has a Nerf gun in her hand.