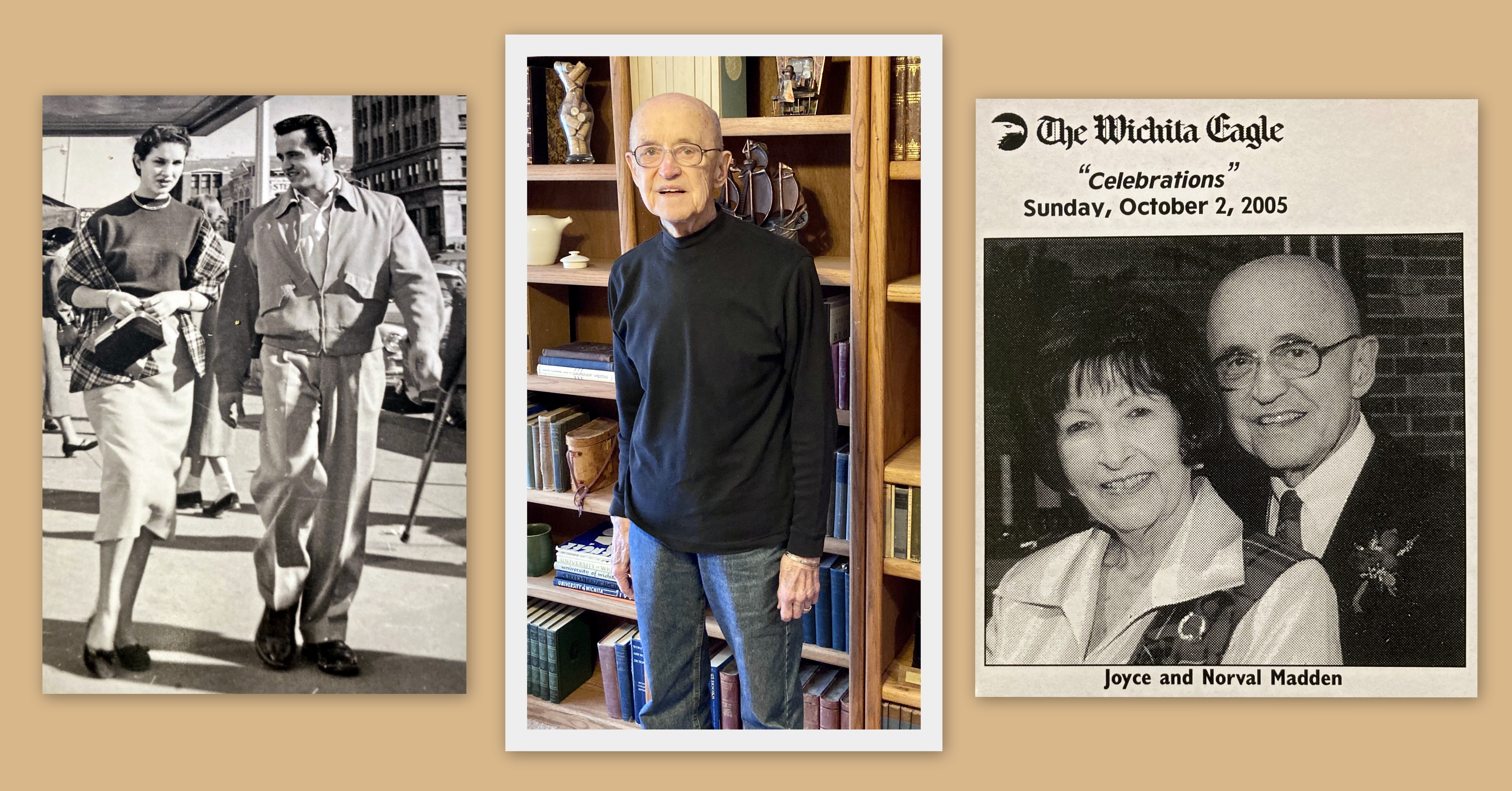 Born in 1931, Norval has lived in Wichita his whole life, with the exception of two years in the Army after he graduated from the University of Wichita. He’d planned to be a teacher, but worked at Boeing for the first decade of his career.

Norval took evening classes at Wichita State and earned a master’s in education while he worked in Boeing’s industrial engineering department. He took a 40-percent pay cut to pursue teaching.

After five years instructing and supervising student teachers at the college level, Norval taught history at Mayberry Middle School before going into administration. When he was in his mid-forties, he took a sabbatical in order to complete a doctorate at the University of Kansas.

At the time, Norval’s first wife, Melba (pictured at top, left, with Norval) and their two sons were also in college, so finances were tight. To save money, Norval lived in a freshman dorm. He soon regretted this decision, as his dormmates could be quite noisy. Sometimes Norval gave up and schooled the other students at ping pong, where he remained undefeated. Other times, he sought refuge in Watson Library or curled up in the back of his station wagon.

When she was in her late fifties, doctors at the Mayo Clinic diagnosed Melba with ALS, and Norval was her caregiver during the last years of her life. After her death, he spent 10 days on retreat at a Trappist monastery. Although he is Protestant, Norval says he may have joined a monastic order had his life worked out differently.

The Trappist monks adhere to a strict lifestyle, which includes maintaining silence at most times, including meals. Founded in 1848, the Abbey of Gethsemani is the oldest monastery still operating in the United States.

“It is difficult for me to set across from someone and not converse, so I started sitting by the windows where I could look out over the landscape,” Norval said.

He and his second wife, Joyce, have been married for 15 years. Coincidentally, Joyce and Melba were friends at East High, and they both had careers as school nurses.

Norval is settling into his new life at Presbyterian Manor.

“There’s a great bunch of people here that I really enjoy,” he said. “And the food is really exceptional.”