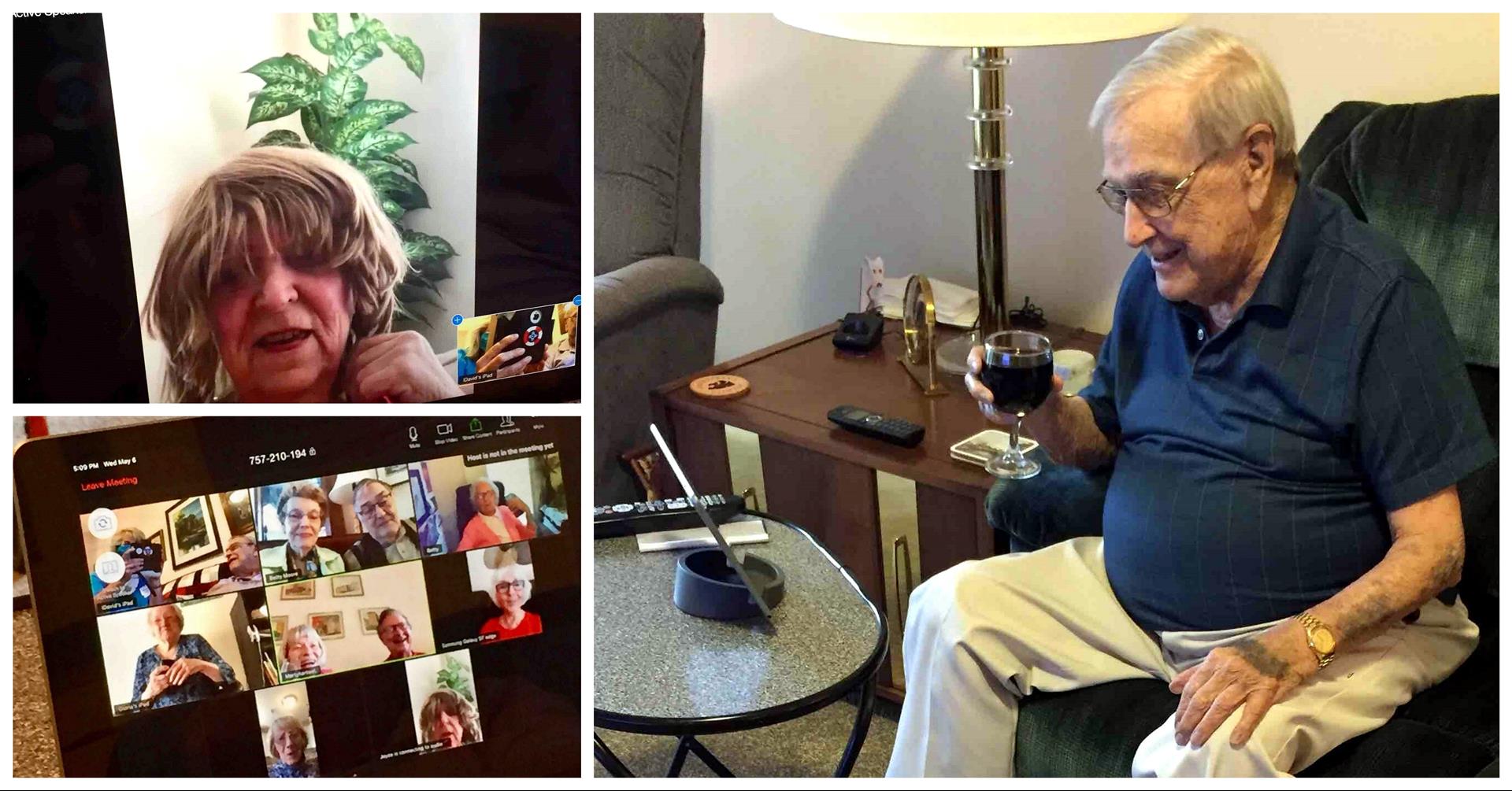 The regular cocktail hour at Wichita Presbyterian Manor is one of Bob Reinke’s favorite times of day. As many as 20 residents typically gather around 5 p.m. in the “pub,” where they keep their libations of choice in individual storage lockers.

When the community instituted social distancing guidelines, Bob found a way to continue the tradition.

“I was the one that decided to get them in on the Zoom,” Bob said.

Bob began using the videoconferencing application Zoom with his daughters. He chats with his family every Sunday evening on the iPad they gave him.

With the help of one of his children, Bob set up a Zoom chat for the cocktail hour group. For several weeks, they met virtually at 5 p.m. Mondays, Wednesdays and Fridays. His son-in-law even created an instructional sheet that Bob shared with other residents.

“They set this Zoom thing up for me, and before we knew it, we had a pretty good crowd,” Bob said. “Everybody got a kick out of it. There was a lot of laughter and a lot of hee-hawing. It’s just a good social tool.”

Changing the format of cocktail hour had its challenges. Some residents didn’t have the equipment needed to participate. Communication was a little trickier, too.

“When you get a whole bunch on, it’s sort of tough,” Bob said. “We’re all used to talking at the same time.”

Nevertheless, the Zoom chats were a way to connect during what Bob acknowledges has been a “testy time.”

“I enjoyed it because I’m a people person,” Bob said. “And my wife died a year ago, so I’m just sitting here talking to myself.”

Eventually, participation in the Zoom chats dwindled. Once the weather warmed up, residents were able to go outside and “holler across the square.”

Bob no longer hosts regular Zoom meetings, but he’s ready to restart them if needed.

“If people got the itch again, we could crank it back up,” he said.