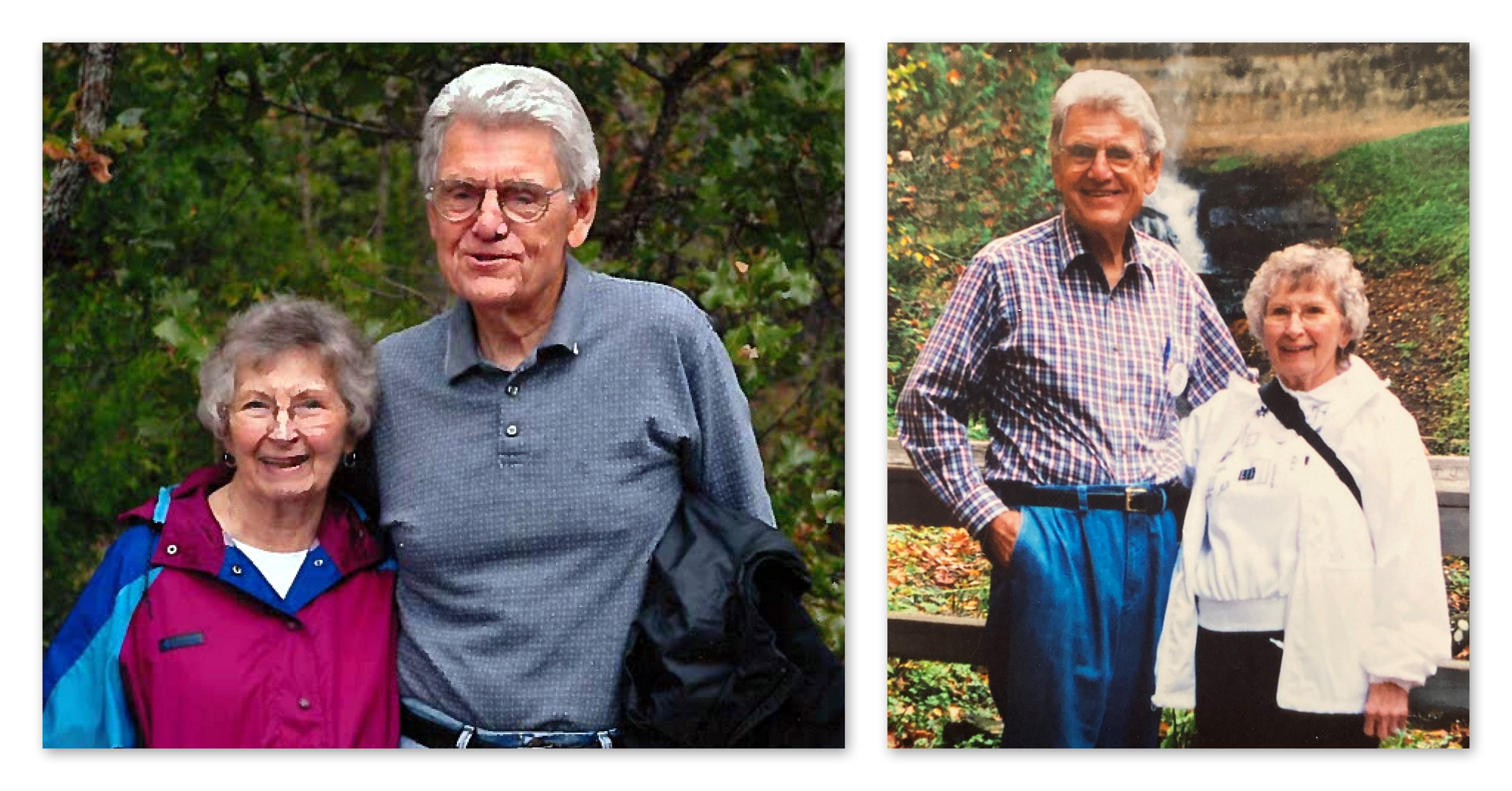 “Why was the kangaroo mother sad when it rained on Noah’s Ark?

“Because her kids wanted to play inside.”

It’s fitting that a Bible story about God’s faithfulness would serve as the backdrop for many of Virgil’s jokes. The independent living resident and his late wife, Donna, were both baptized in their late 20s. It was a turning point in his life.

“The Lord laid his hands on us both and said, ‘It’s time to stop acting so foolish,’” Virgil laughed.

He and Donna met at the age of 18. Their mothers were best friends and introduced them — although Virgil says his mother-in-law didn’t think it would last more than a year. She was wrong: The Strongs were married 64 years before Donna passed away eight years ago.

“I don’t know how she put up with me that long,” Virgil joked.

The couple spent a great deal of time in service to others. Donna, a speech-language pathologist, served as the chair of the mission committee at Wichita’s Covenant Presbyterian Church for 10 years. She and Virgil made four trips to the Gulf of Mexico to do relief work in the years following Hurricane Katrina. They also traveled to Indian reservations in Utah, Arizona, Nebraska and Montana to help with repairs.

Virgil volunteered for Meals on Wheels and the Kansas Food Bank. He even turned one of his volunteer gigs into a full-time job. The first year Virgil and his fellow parishioners volunteered for Habitat for Humanity, the organization built two houses in Wichita. That was in the late 1980s.

“I started as a volunteer, then they made me CEO,” said Virgil, who worked in the restaurant supply industry for decades.

He served as Habitat’s CEO for more than 25 years. In 2001, the organization completed 19 houses. Now more than 300 low-income, Wichita-area families have the opportunity to become homeowners each year.

Though he has lived at Wichita Presbyterian Manor for a couple of years, Virgil moved to Westerly when Westwinds Independent Living closed. Because of this, many residents are just now getting to know him. He always has a joke at the ready — one that will make you chuckle and groan at the same time.

(“What did Noah say to the fish? Stay in school.”)

Virgil treasures the fellowship he enjoys at Presbyterian Manor, and he has enjoyed meeting new folks and discovering what they have in common. He credits his gregarious nature to the transformative power of his faith.

“I had such a terrible inferiority complex during my teenage years. Then I went to the other extreme,” Virgil joked.

In a way, it’s another means of serving others.

“Laughter is something people always enjoy,” he said.