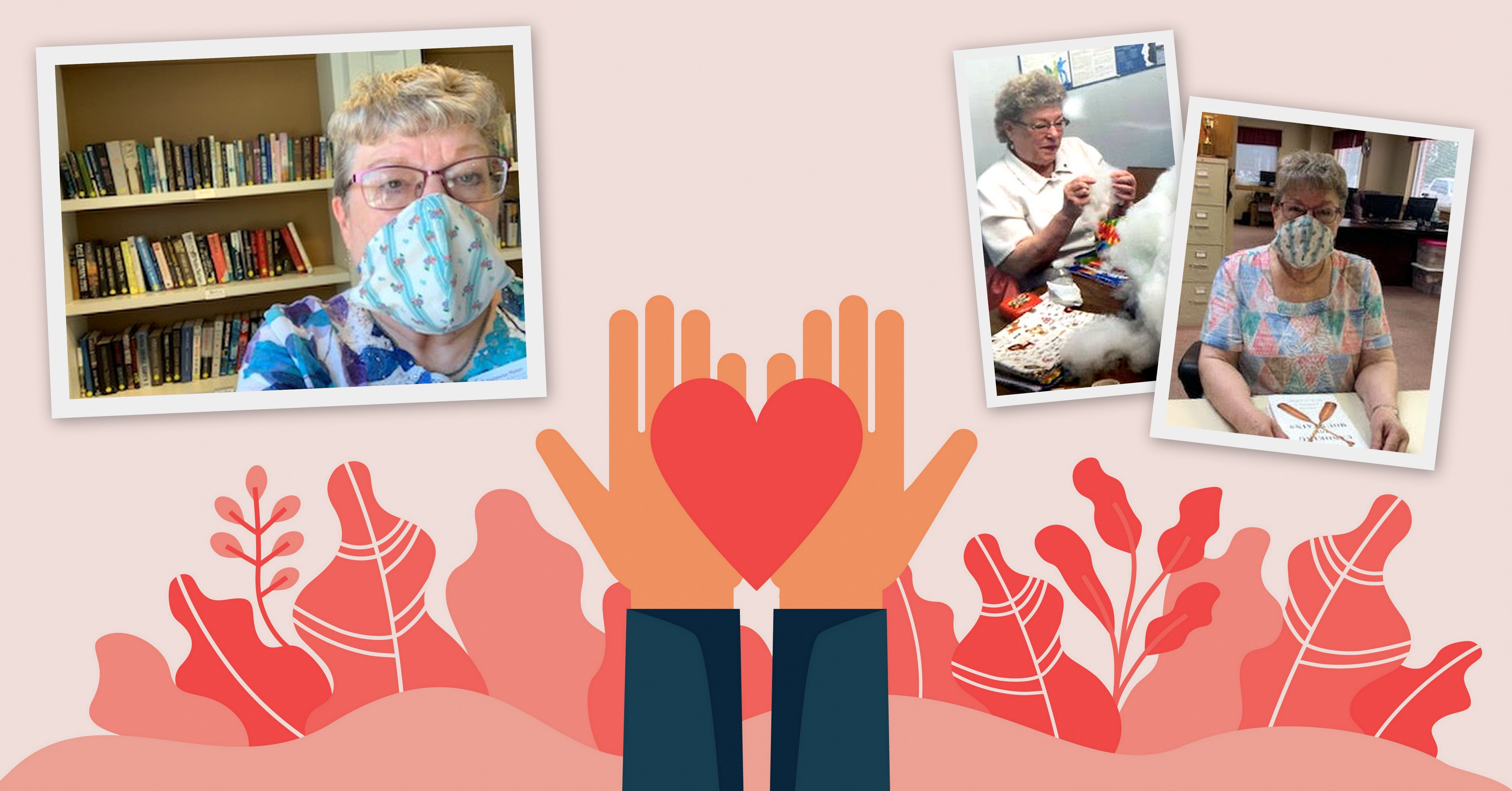 During the pandemic, the Westwinds independent living resident and longtime hospital volunteer, had to take time off from delivering flowers and mail, running errands and helping to stuff pillows for pediatric patients — a Wesley tradition since 1912.

Before the hospital temporarily suspended its volunteer program, Ann had spent 11 years walking its labyrinthine hallways wearing the maroon smock that identifies her as a member of the Wesley Medical Center Auxiliary.

“It was something I had wanted to do for a long time, and I had more time once my husband retired,” Ann said. Her husband, Terry, was a chaplain for the Kansas National Guard and a United Methodist minister.

“The best part of volunteering at the hospital is my cuddling of babies,” Ann said. “I get to go to the NICU (Neonatal Intensive Care Unit) and special care unit every time I’m there. It’s just wonderful.”

In addition to her regular Wesley volunteer duties, Ann serves on the auxiliary board and has chaired its scholarship committee.

She also volunteers in the office at West Heights United Methodist Church and at Presbyterian Manor in the mini mart and assisted living library.

“The mini mart I enjoy because I will say hi to almost everyone who walks by, and most of them will stop to talk,” Ann said. “I missed that during our time apart.”

Volunteering at the library doubles as a chance to visit with residents in the assisted living neighborhood, some of whom were once Ann’s neighbors at the Westwinds, where she has lived for the past four years.

She chose her volunteer activities because she’s passionate about them, and she believes it’s important to have things to be passionate about in life. Retirement is an opportunity to rekindle an old passion or find a new one, she says.

Ann also enjoys the benefits of being of service to others.

“I feel that I’m useful. I have a purpose, and I really want to be helpful,” Ann said. “That’s one of my big things: I want to help people.”

Posted on
by
filled under
Volunteers
Retirement
Residents
« Back to Blog