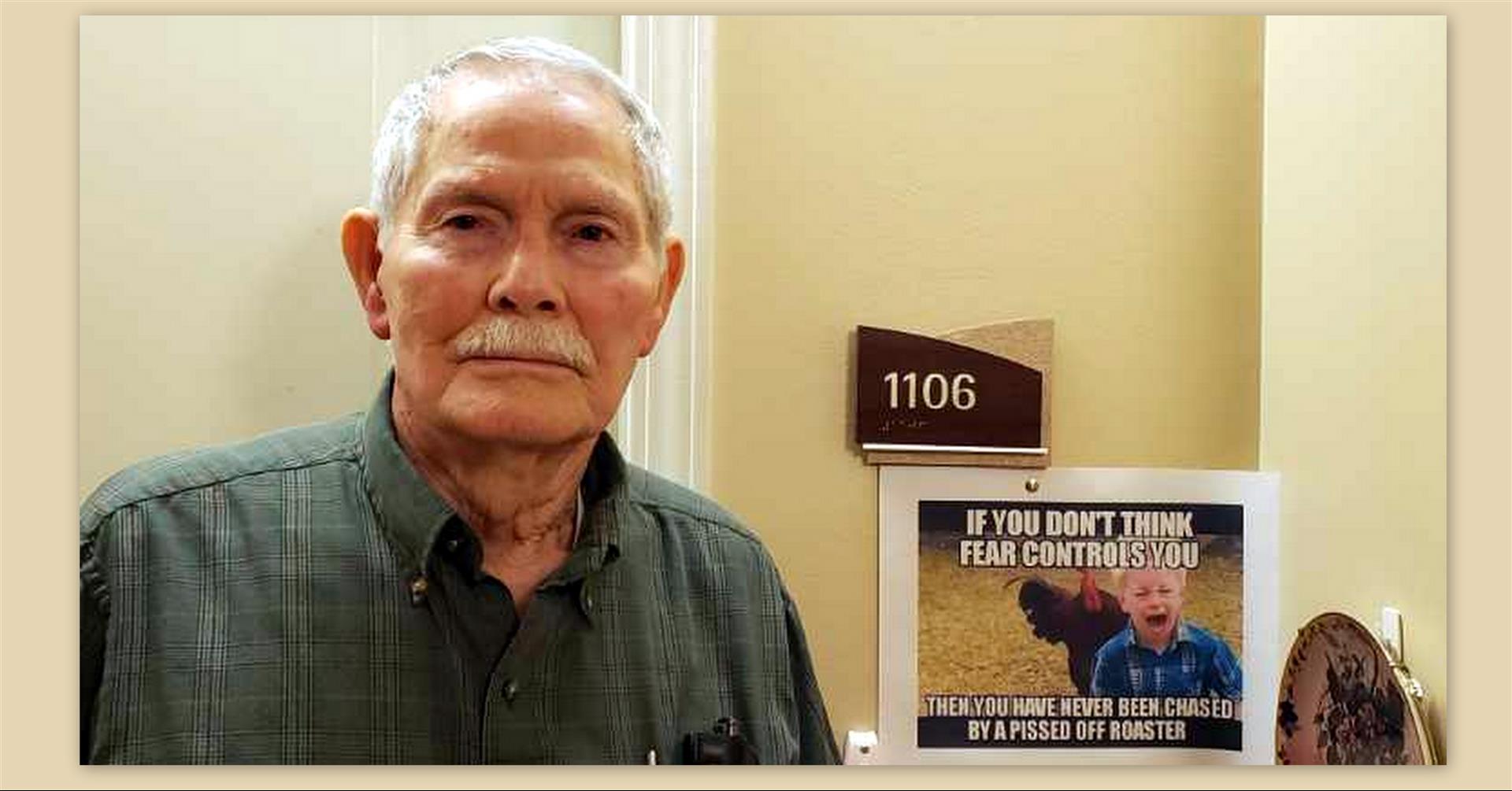 Judy will turn to Ernie and say, “Well that was a success.”

For the past year, Ernie has been printing memes and posting them outside their apartment door in the Westerly, where they’ve lived since 2015. Memes are image-based jokes popular on social media. Digital platforms make it easy to share them, and popular memes might be reposted thousands and even millions of times.

Ernie finds the memes on Facebook, which he joined to keep in touch with his children and other friends and family.

“Some of them strike a chord with me, or I think other people will relate to them,” Ernie said. “Hopefully some of the others here enjoy them.”

Many residents do, and some have even knocked on the Loves’ door to say so. One of their neighbors even gave Ernie several printouts to share.

Another resident was so tickled by one of the memes, he mentioned it to Ernie several times. It read, “Yesterday I bought gas for $1.35. Unfortunately, it was at Taco Bell.”

Ernie sees his project as a small service. In a senior living community, death is a fact of life.

“It could get dark for us very easily,” he said. “That won’t do me or Judy any good. Maybe this will lighten the load a bit. I hope so.”

Though it’s a solo project, Judy sees the value in her husband’s “posts.”

“There’s so much heavy stuff in the world,” Judy said. “We need to smile about something. And laughter is the best medicine there is.”