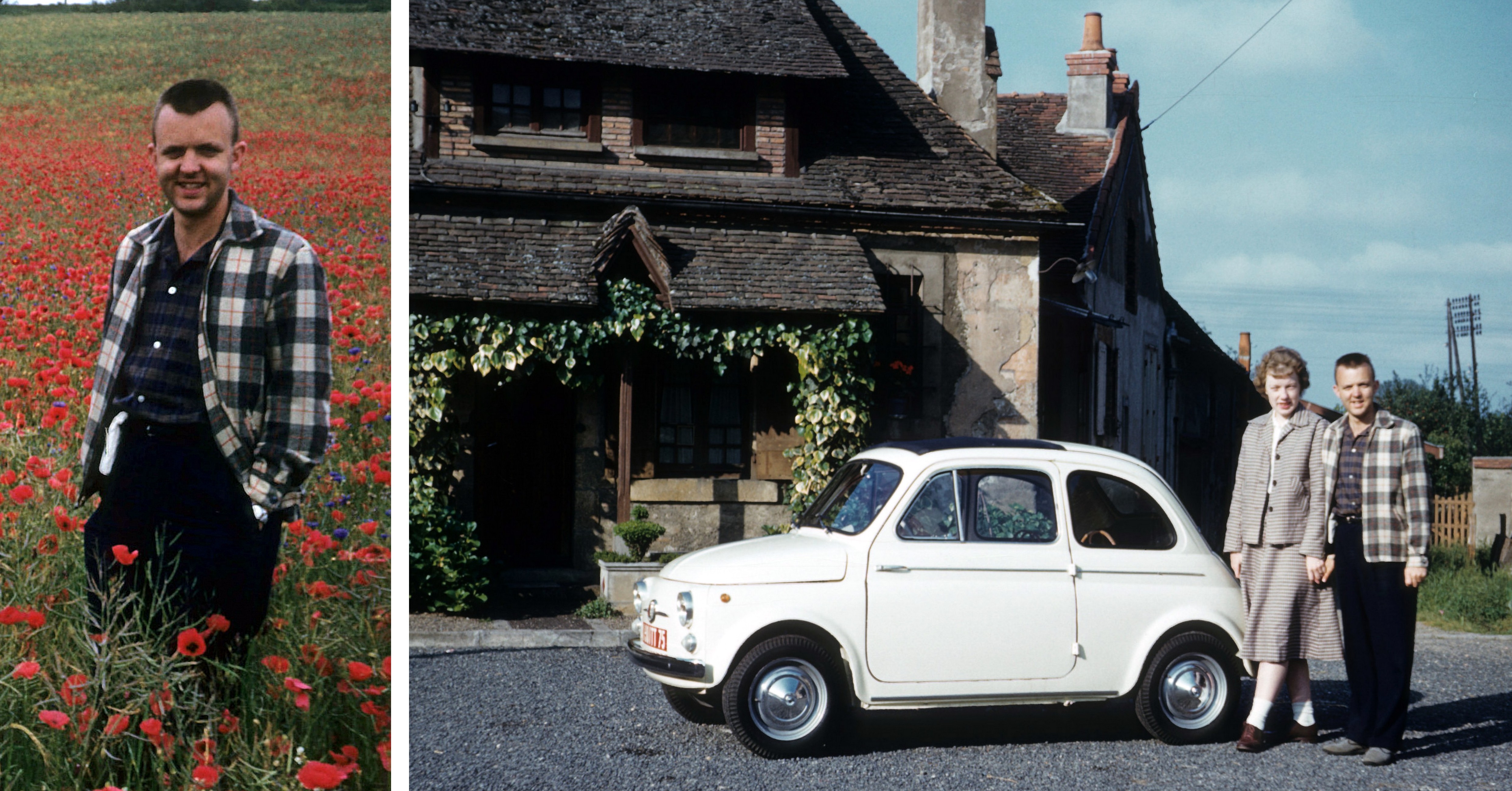 Clinton and Nancy Hinman were a young married couple when they set off for their first grand adventure: a three-month tour of Europe in 1961.

“I think it was very unusual for two kids out of college with no money to spend three months in Europe,” said Clinton, a Westwinds independent living resident. “We knew if we didn’t do something like that before we had a family, we’d never do it.”

The Hinmans were able to afford the trip through assiduous saving and a small windfall. Clinton worked for almost a year and a half before the trip, and the Hinmans lived in a cheap basement apartment in Manhattan, Kan., with no phone or TV. Nancy also had about $1,000 in winnings leftover from winning the Pillsbury Bake-Off.

Nancy and Clinton traveled on a budget, but they did splurge on two things: Kodachrome slide film and pre-paid envelopes to mail the negatives home. Clinton documented their travels with his camera, and at the end of each day Nancy wrote detailed accounts of the places they visited, what they ate, and whom they met through England, France, Italy, Switzerland. Holland, Germany and Denmark — just to name a few of the stamps on the Hinmans’ passports. She mailed the pages to her mother, and the travelogues were often published in the Nemaha County Journal-Leader, the newspaper in Centralia, Kan.

In Paris, they purchased a Fiat 500 for Clinton’s father, using the small car for transportation before they shipped it stateside. “Very chic!” Nancy wrote the day they purchased it. They are pictured above with the white car. Also pictured is Clinton, standing in a poppy field in France.

The Hinmans made new friends and visited with old ones throughout their trip. In Paris, they had dinner with a classmate from K-State who worked at the Indian Embassy. In Germany, they stayed with a friend who had lived with Clinton’s family as an exchange student for a year.

The Hinmans went on to have many more adventures, both domestic and international, in their 60 years as a married couple. Their travels included a three-week trip to China in the early 1980s. Starting in 2009, the Hinmans began compiling the travelogues and photos into spiral-bound books that serve as a permanent record of some of the best moments of their marriage. The couple returned to France in 2011, 50 years after their first visit.