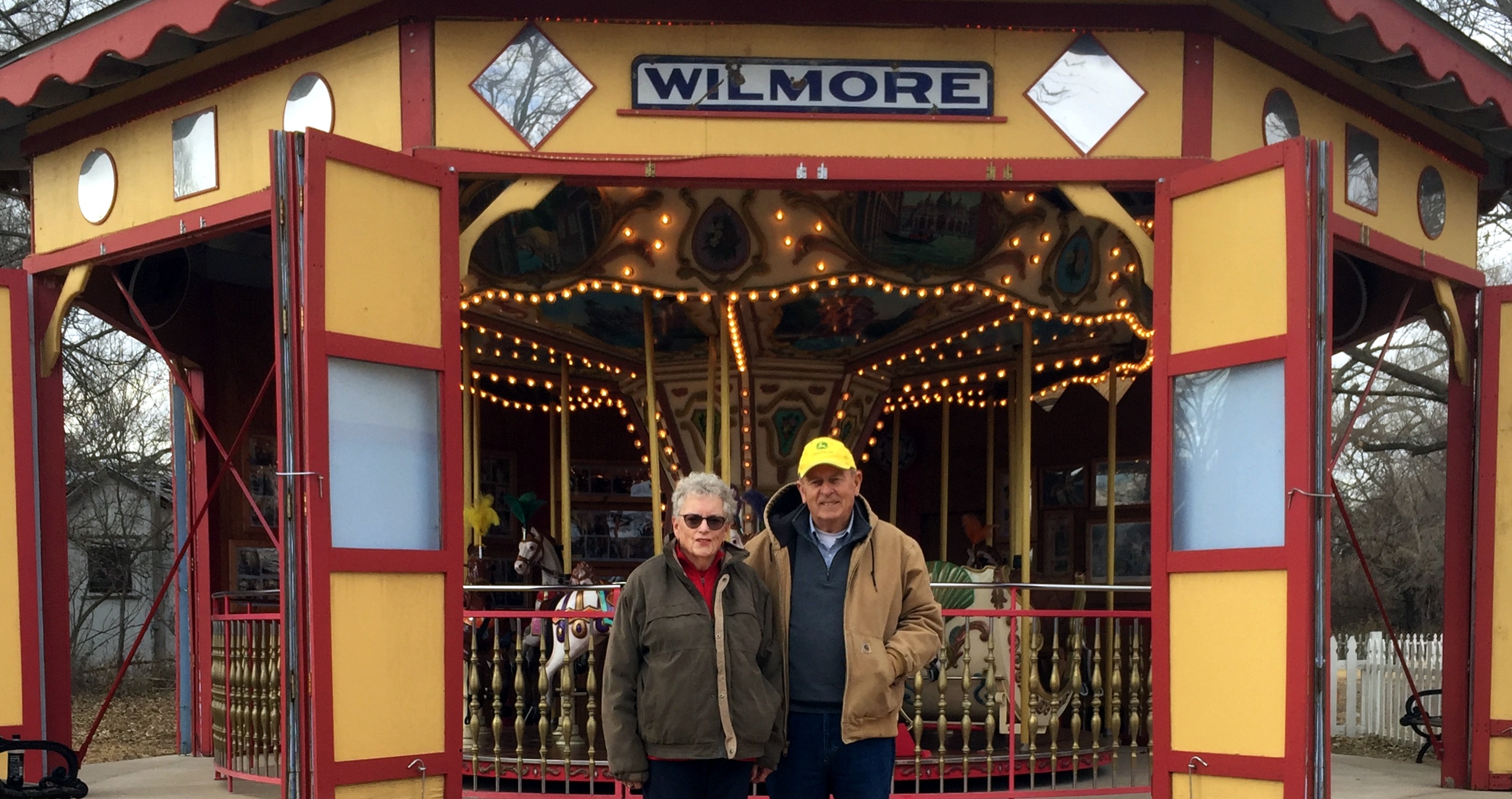 Ernie Griffin has wanted a carousel since he was kid — not just to ride on a carousel, but to own it! At age 70, Ernie finally got his wish when he and his wife, Christy, bought a used carousel from a mall. With the help of their neighbors, they re-assembled it right outside their home in Wilmore, Kan. Now, Ernie and Christy share their musical merry-go-round with others. (See a video.)

When the couple is home, friends and strangers are welcome to stop and take a spin. They’ve even put a horn nearby with a sign that reads, “Honk to Ride.” When he hears that sound, Ernie cranks up the lights and music and sets his painted ponies and teacups spinning.

People often try to pay the Griffins, but they refuse. A smile, they say, is payment enough.

Christy admits she used to think Ernie’s carousel enthusiasm was crazy, but now, especially during a pandemic, she believes something this festive is needed more than ever. Before each ride, she sanitizes the seats and asks visitors to wear their masks. They climb aboard, and for a few minutes, life almost seems normal.

The Griffins also love to share the story of their historic house. Back in 1913, it was ordered from a Sears catalog for $823. Everything from the wood and nails to paint and shingles came in boxes, and the buyer put it together. Inside the home, you can still see the original wood floor and stairs.

Another must-see stop in Wilmore is a mural painted on a grain elevator by artist Stan Herd. It depicts the coin toss between two ranchers that decided the town would be named after Thomas Jackson Wilmore.

Located just off Highway 160 in southern Kansas, Wilmore is a two-hour drive from Wichita. The Griffins recommend calling first to make sure they are home. The snowbirds plan to return from California March 23. Until then, leave a message at 620-738-4420.