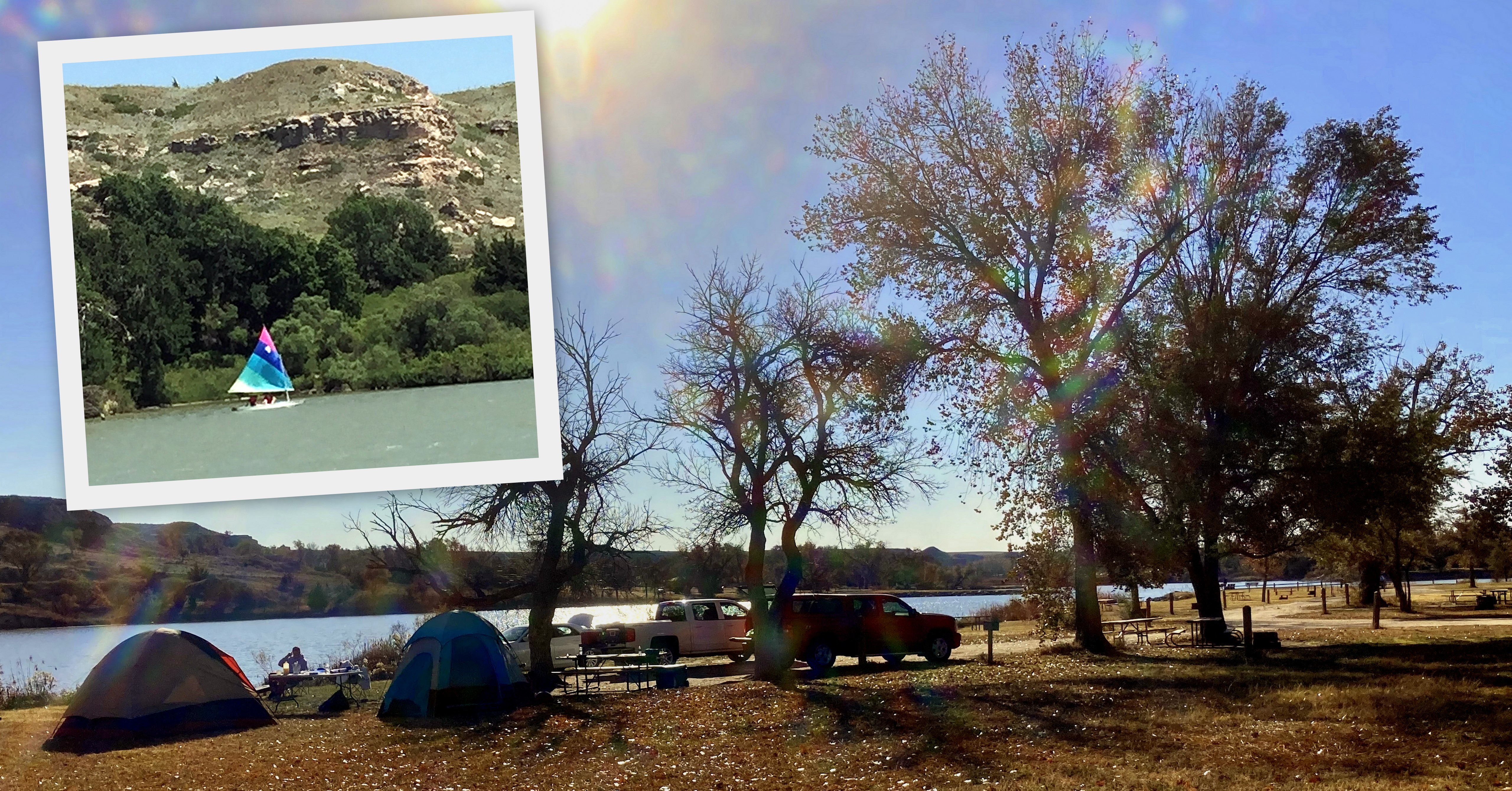 In the sweltering heat of August, it might seem like a mirage. A lake suddenly appears in the middle of the western Kansas prairie. Fed by natural springs and surrounded by rocky bluffs, Lake Scott is an anomaly on the otherwise flat landscape of Scott County. It’s often called an “oasis on the plains.”

While Lake Scott is still a hidden treasure for many Kansans to discover, it’s won national recognition for its beauty. Greg Mills, park manager, says USA Today listed Lake Scott as one of the best American beaches in 2012. National Geographic Traveler included it as a “must-see” state park.

A big part of Lake Scott’s appeal is the solitude. Enclosed in a canyon, the park does not allow motorized boats or Jet Skis. Visitors can rent canoes, paddleboats and fishing supplies at the swim beach. Kids also enjoy a playground and concession stand.

Lake Scott is also known for its history, especially El Cuartelejo, the remains of a small, 17th-century Indian village. Mills says it’s the northernmost known pueblo in the U.S.

The historic Steele home also is open to the public. Built in 1894, the limestone house still has the old stove, washing machine, ice box and weaving loom used by Herbert and Eliza Steele. They eventually sold their land to the state to create the park.

Traveling to Lake Scott is quite a trek from Wichita — more than 250 miles. My husband and I made the trip with friends last October, camping at the park and visiting nearby Monument Rocks and Little Jerusalem State Park.  But we spent most of our time around the campfire as the weather turned windy and cold. My dog’s water dish even froze overnight! (Yes, we were in a tent.)

While our group would definitely recommend visiting Lake Scott earlier in the season, we agree that our adventure was still worth the drive.