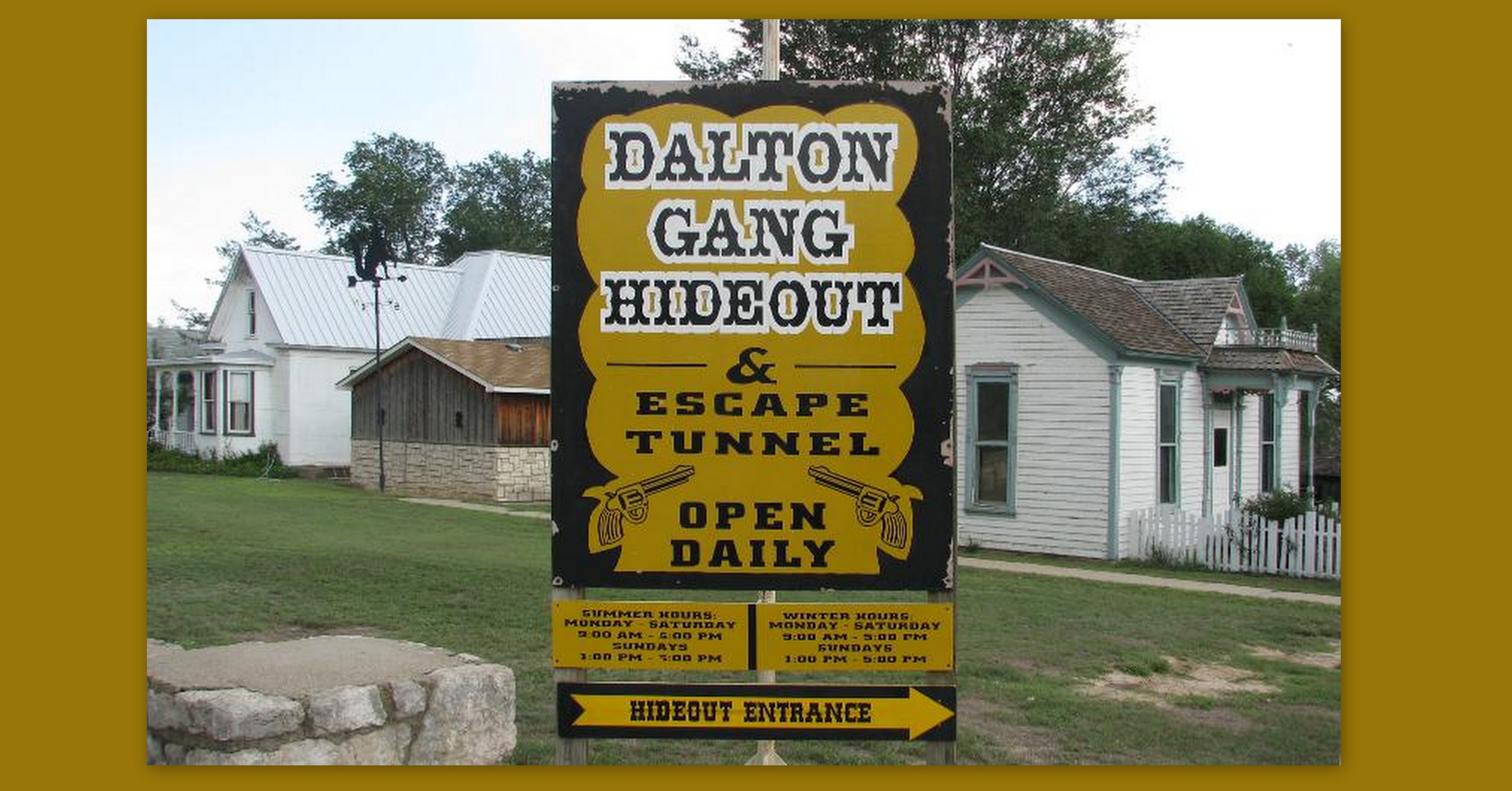 You’ve probably heard of the infamous Dalton Gang that robbed trains and banks in the late 1800s, but you might not know about their hideout in southwest Kansas.

A small house in Meade, owned by their sister, Eva Whipple, concealed a big secret for years. A tunnel leading to the barn 95 feet away allowed the outlaws to come and go from the home undetected by the law. Bob, Emmet and Grat Dalton had a $5,000 bounty on their heads — big money in those days!

The original tunnel was just dirt and boards, but the city later reconstructed it with stone, turning the entire property into a museum and tourist attraction. For just $5, you can now go underground and follow the Dalton Gang’s trail. It’s fun to imagine what it would be like sneaking through the dark to emerge through a hole in the dining room floor!

Eva and her husband abandoned the house suddenly, not long before her brothers were shot during a bank robbery in Coffeyville. Emmet Dalton survived and spent 14 years in prison before he was pardoned. He capitalized on his notoriety by moving to Hollywood and starring in a few silent movies in the 1920s.

It’s a strange-but-true tale from the Old West that you can experience firsthand. The Dalton Gang Hideout in Meade is open every day year-round and sits about three hours from Wichita off Highway 54/400. You can also visit the Dalton Defenders Museum in Coffeyville and learn about the brave citizens who stopped the bank robbers in 1892 and protected their town. Admission is $7 for seniors.