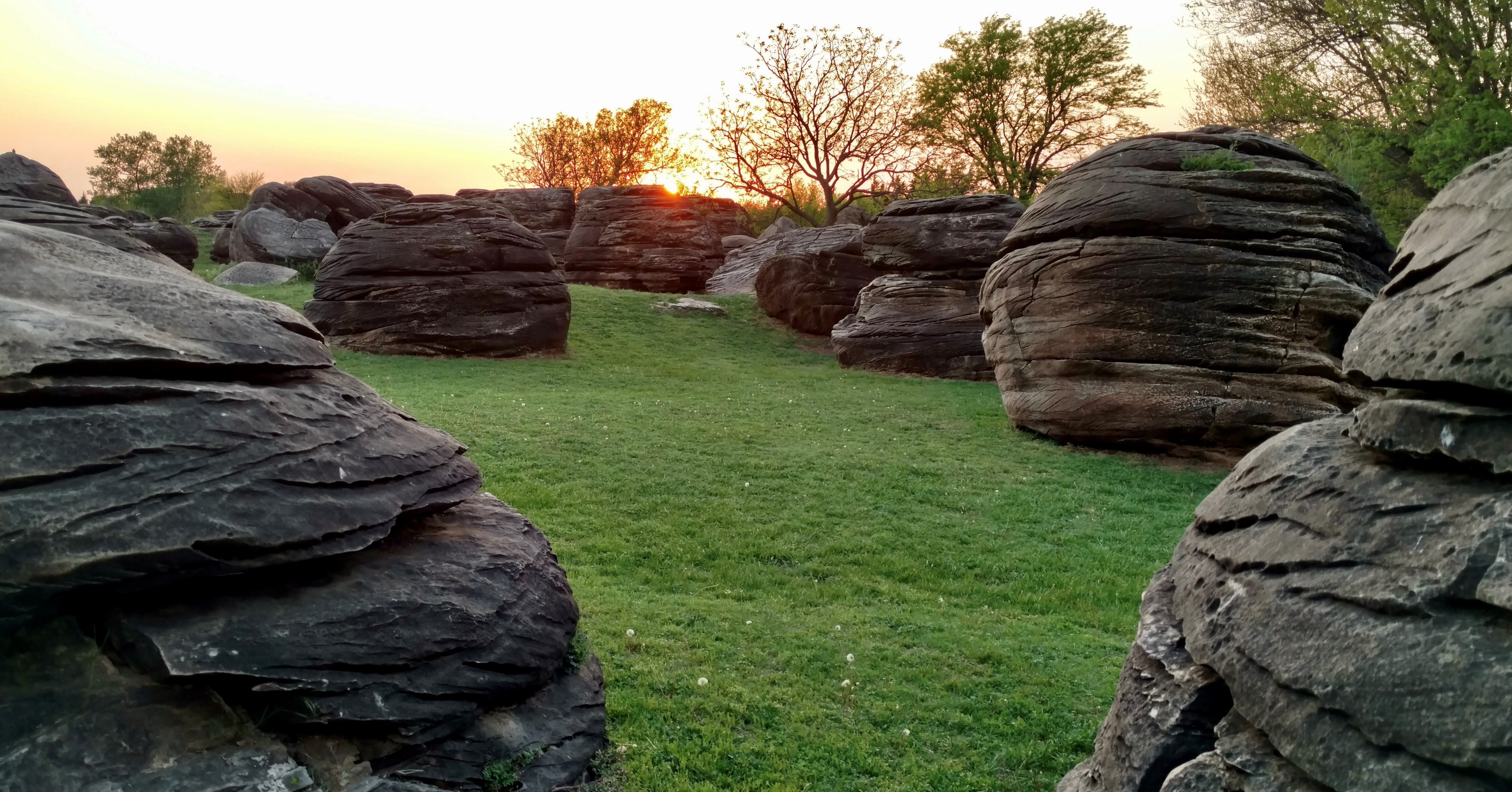 You don’t have to be a geologist to love rocks, and Kansas has some impressive formations that seem even more unusual on the prairie. These natural wonders are easy to view from a car window if you’re itching to get out of the house but not into the cold winter air!

A 90-minute drive north from Wichita to Minneapolis, Kan., takes you to Rock City and more than 200 sandstone concretions. Some of the spheres are huge, up to 15 feet high, inviting kids — or big kids, like me! — to climb and crawl on them. A favorite spot for photos is Donut Hole Rock, named for obvious reasons.

Mushroom Rock State Park near Salina also lives up to its name. Large caps of rock balance on stalks of sandstone eaten away by erosion. With just a few stone mushrooms on display, the park is the smallest in the state, but also one of the most unusual.

You’ll need more gas in the tank to reach the next, and possibly best, rock sites in Kansas. Monument Rocks in Gove County and Little Jerusalem Badlands State Park in Logan County lie just 15 miles apart, but are a 4-hour drive west from Wichita.

Monument Rocks are often called the Chalk Pyramids. Surrounded by flat land in every direction, the towering columns look as though aliens must have dropped them from the sky!

From a distance, the chalk formations at Little Jerusalem, the state’s newest park, look like the ancient walled city of Jerusalem. The landscape looks nothing like the Kansas we think we know! The outcroppings are actually prehistoric, left from millions of years ago, when our state was covered by a great sea.

All of these massive rocks are a reminder that Kansas’ history and landscape are anything but boring. They both promise more surprises for us to discover in the future!