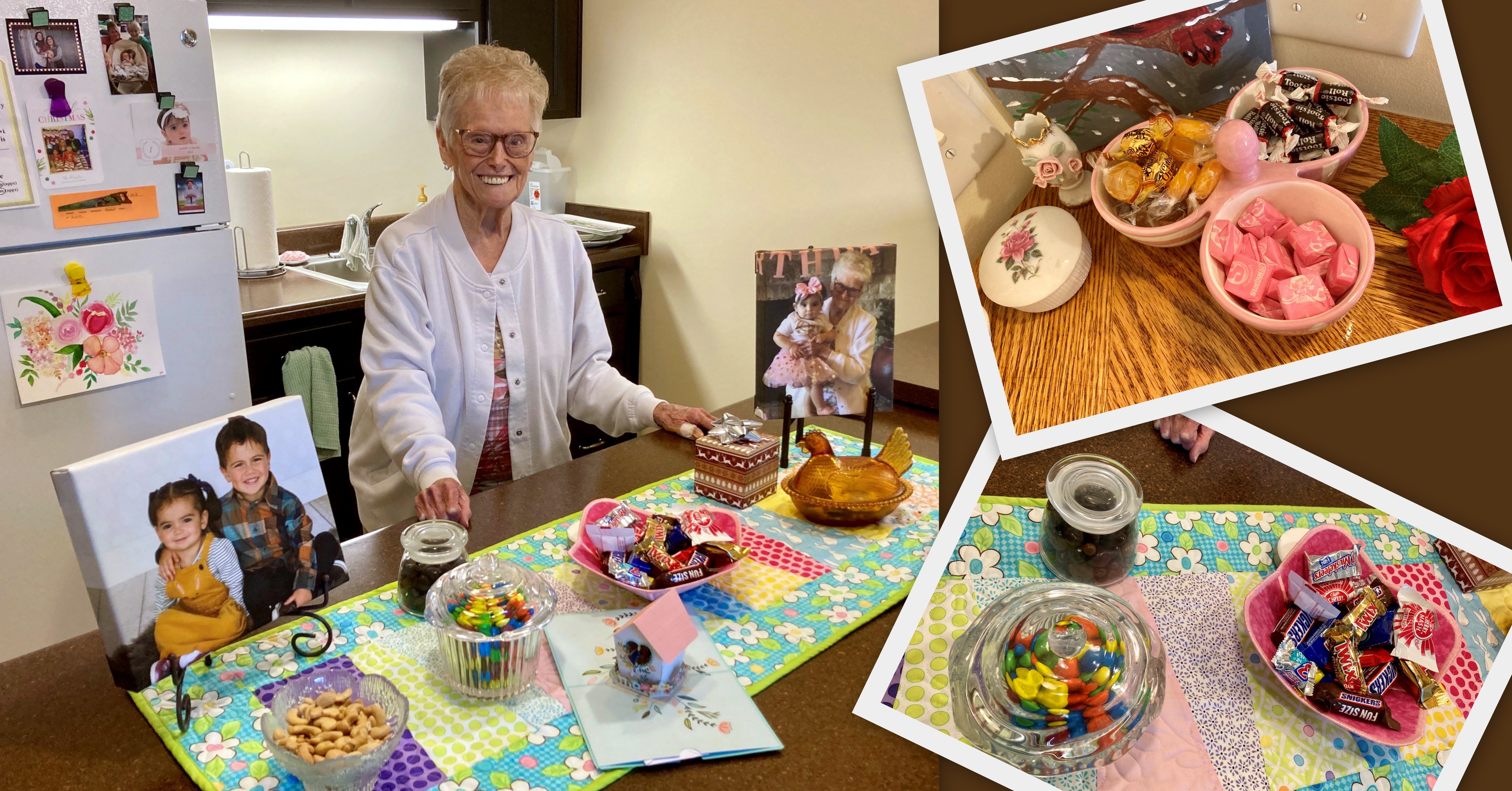 If you have a hankering for sugar, Mary Wallingford’s apartment is the place to be.

The assisted living resident keeps several bowls of candy around her apartment and on the “front porch” outside her door. It’s her way of sharing with her neighbors and giving back to the Wichita Presbyterian Manor staff.

Depending on the day and her supply levels, Mary’s inventory might include old-fashioned treats such as Cherry Mash and butterscotch candies, or modern classics like mini Snickers bars and M&Ms.

Mary doesn’t eat the candy herself. She doesn’t care for sweets, which is probably a good thing, as she is also diabetic.

“I’ve got a big bowl of candy sitting right next to me, but I never eat one,” she said. “It’s really for the girls who work here, so they can grab a candy bar when they leave.”

A Hutchinson native, Mary moved to Presbyterian Manor from her former home in Derby, Kan. A former homemaker, she raised four daughters.

After spending some time in the PATH® (Post-Acute to Home) program four years ago, Mary transitioned into the apartment where she lives now. She said she has been putting out candy pretty much ever since.