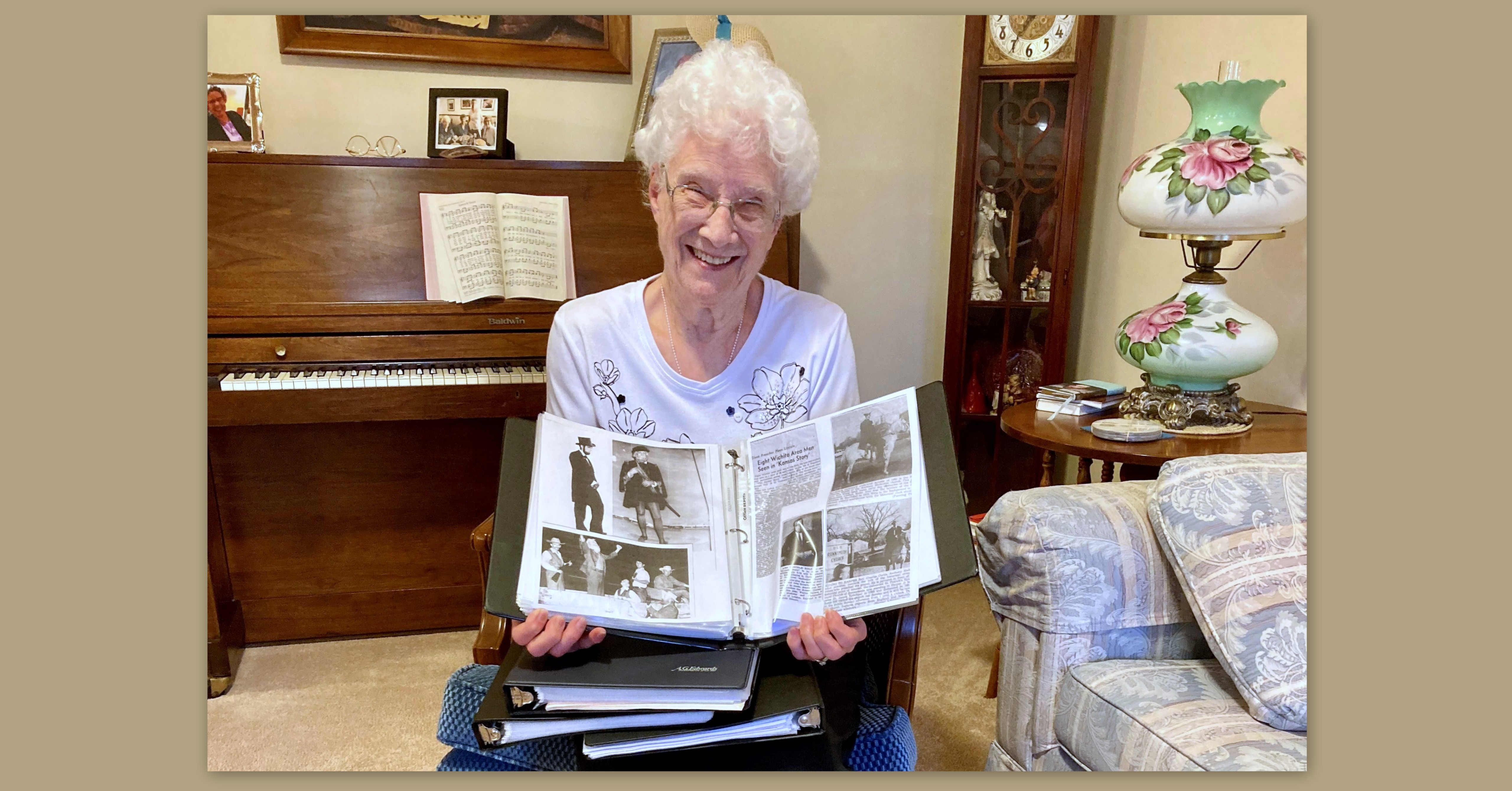 At the age of 92, the Westerly resident has accumulated an enormous amount of ephemera over her lifetime.

Betty saw the onset of the pandemic as a good opportunity to clean out and organize files full of paper, including copies of sermons written by her late husband, Charles, a United Methodist minister.

She wound up creating an archive of documents to pass on to her children’s families, each neatly arranged in binders.

“I decided I should get as much stuff together as I could. And then one thing led to another and pretty soon I had four volumes going at the same time,” she said. “I spread them all out here in my living room and across the couch.”

Betty used plastic sleeves and three-ring binders to make each book, identical but for the binders, which she recycled from conferences her husband attended. She jokes that she wore out her printer — and burned through a lot of ink — in the process.

It recalled her job running linotype for a printer, which put her through college at Kansas Wesleyan University in Salina.

Each volume is full of “all kinds of wonderful, wonderful family stuff,” including copies of sermons, poetry, love letters and photos. Betty documented her courtship and wedding with Charles, whom she met in their college choir. She also included the birth stories of each of their children.

Betty wound up with six copies: four for the families of each of their children, one for a niece and one to keep for herself.

The project gave shape to days that were suddenly empty of visits and other activities.

“It saved my mental capacity during that period when everything kind of lapsed,” Betty said.

The memory books have served as an excellent conversation starter among her family.

“It’s been fun getting emails from the kids about it,” she said.