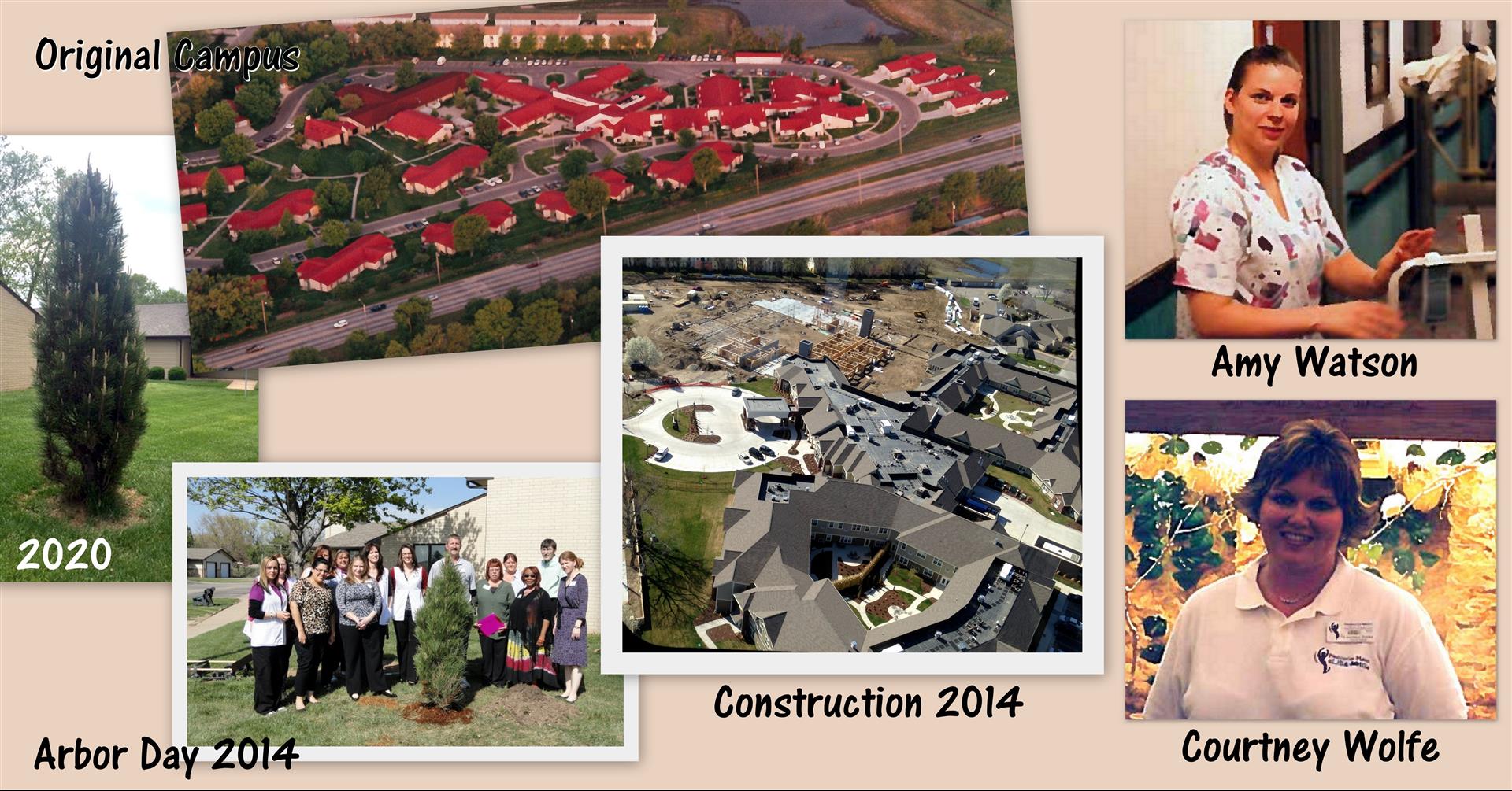 In 1970, Wichita Presbyterian Manor opened its doors. For the first few years, the community only had the capacity for 24 residents.

Before the decade was up, Presbyterian Manor added 60 senior living apartments. A series of expansions in the 1980s enabled the organization to serve the needs of hundreds of seniors at multiple levels of care.

To celebrate our 50th anniversary, residents are invited to several events that will take place July through September.

For 50 years, Wichita Presbyterian Manor has been a faith-based community dedicated to serving our residents with a culture inspired by our Christian values and heritage. We hope you will join us in celebrating our history of service to seniors.

Photos at the top

In the aerial photo with red roofs is Presbyterian Manor’s original campus, before several buildings were demolished for the renovation. The other aerial photo captures the construction of The Westerly, which opened in 2015.

Also at the very top, left, one photo shows staff gathered to plant a tree for Arbor Day in 2014. Six years later, the tree is still thriving on our campus, as shown in the other photo.

Posted on
by
Cindy Kelly
filled under
News
« Back to Blog